I wish I could buy a Rolls-Royce Cullinan, the most bombastically British SUV dump trucks that money can buy.  It invigorates like a Miami Beach nightclub, rides like an all-terrain cloud, luxuriates with scar-free leather, and stages grand exits from center-opening carriage doors.  I was imagining the Cullinan while driving the Kia Tellluride – a pampering crossover with a sticker that looks like a Cullinan owner’s golf club initiation fee.

Although the Telluride was designed in California and is assembled in Georgia, it has a certain Britishness to its style.  It’s quite upright, but also streamlined like a Range Rover over its black 20-inch wheels.  The big pinched grille is a Kia trademark, but it’s accented with stacked LED headlamps and TELURIDE spelled across the hood ala RANGE ROVER.  Square accent lights give the crossover a unique mug at night.  Thicker window trim at the B-pillar hints at center-opening doors, but the Telluride’s open traditionally.  Around back, L-shaped taillamps hint at Jaguar.

Actual adults can ride on the rearmost bench since middle row seats slide fore and aft to balance legroom.  Clever USB charging ports are placed in the sides of the front seats.  A full suite of safety gear is onboard too:  Head-up display, adaptive cruise, lane keep assist, blind spot warning, and rear cross path detection.  Seat sensors alert parents to kids in the back while a vehicle exit system uses blind spot detection to prevent passengers from stepping into traffic.

So, the Telluride doesn’t have a piping hot V12 silencing away up front, but the 3.8-liter V6 that produces 291 horsepower and 262 lb.-ft. of torque – sent to the road through all-wheel-drive an eight-speed automatic transmission – is near silent and dishes out smooth torque at any legal speed (and considerably beyond…so, I’ve been told).  Fuel economy ratings of 19/24-MPG city/highway are a little too ritzy.

Sent road-ward, the Telluride provides a smooth and quiet ride.  The four-wheel independent suspension glides over rough city pavement and soaks up miles of highway with barely any drama breaching the cabin.  Put it into a corner and you’ll be certain you’re driving a heavy three-row crossover as it leans in, but on normal roads, peeps enjoy riding in any of the seats.

I’d suggest the Telluride needs to kick up fuel economy a few points while adding ponies under the hood. With just me aboard, there’s plenty of power, but a full load of passengers and luggage would challenge one’s concept of brisk acceleration. Several competitors offer turbocharged four-cylinder engines for a better balance of power and efficiency.

I’ve driven several compact luxury-brand crossovers recently that cost considerably more than the Telluride and should be wholly embarrassed by it.  Kia’s first large crossover is not a Rolls-Royce, but if you want that pampering for a fraction of the price, here’s your SUV.  A base price of $31,690 rose to $46,860 as tested. 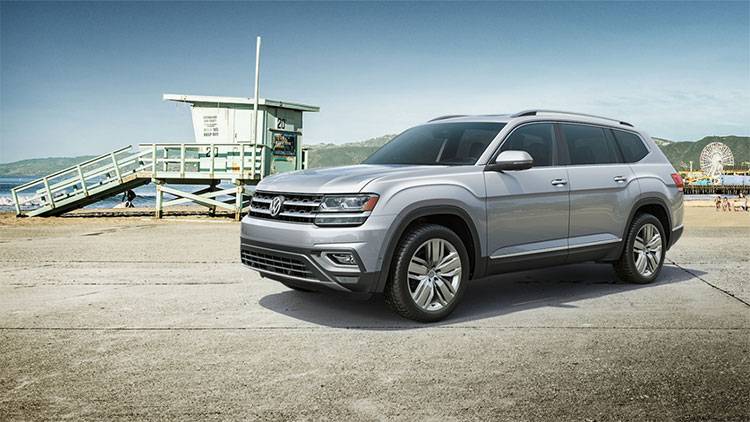 If the Kia Telluride is the American-built, British-inspired Korean crossover, then the Volkswagen Atlas is the German-American alternative.  Built in Chattanooga, Tennessee, the Atlas is first and foremost a very large and comfortable crossover designed specifically for Americans.

Looking like a larger and beefier Tiguan, its chiseled heft rides over 20-inch black alloy wheels and sports a full array of LED exterior lighting, dual pane panoramic sunroof, and integrated trailer hitch.  It looks quite sophisticated, though also tough like some kind of Bavarian bulldozer.

Interiors prioritize size over expensive materials, though it doesn’t come off as cheap.  Stepping it up are piano black trim on the console, woodgrain on the dash/doors, and stitched dash coverings.  Two-tone leather seats – captain’s chairs in the middle row - are heated and cooled up front.  A heated steering wheel, Fender audio, and tri-zone automatic climate control soothe weary travelers.

Additional conveniences include flatscreen instruments with integrated navigation map, Bluetooth, Apple CarPlay, and Android Auto.  VW’s latest touchscreen is easy to tap and swipe, or you can use redundant volume and tuning knobs below – however you like it.

Our SEL test vehicle came with the most potent engine choice:  A 3.6-liter V6, connected to an eight-speed automatic transmission and all-wheel-drive, delivers 276 horsepower and 266 lb.-ft. of torque.  It produces plenty of power, but also guzzles gas like a fully-framed SUV at 17/23-MPG city/highway.

There are many very good three-row crossovers today, including the Kia Telluride, Subaru Ascent, Honda Pilot, and Ford Explorer.  VW’s calling cards remain its cavernous interior and German road manners.  Given a base price of $30,895, rising to $50,320 as-tested, it’s right on the mark. 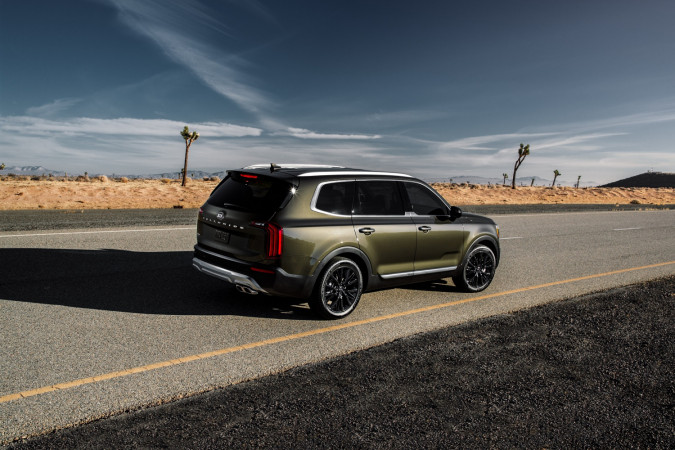 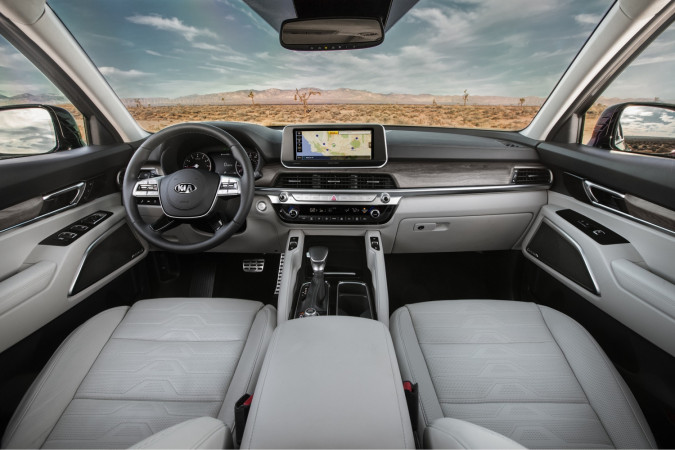 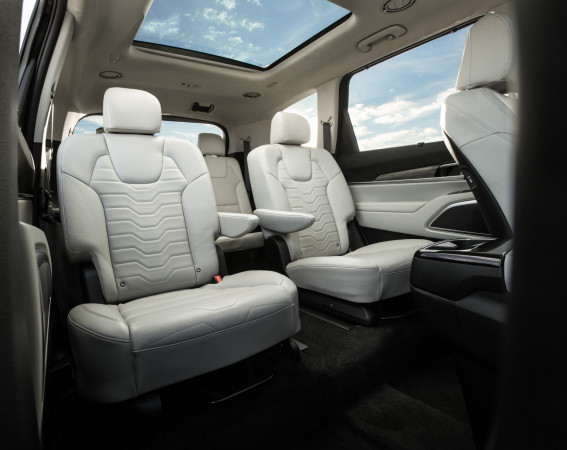 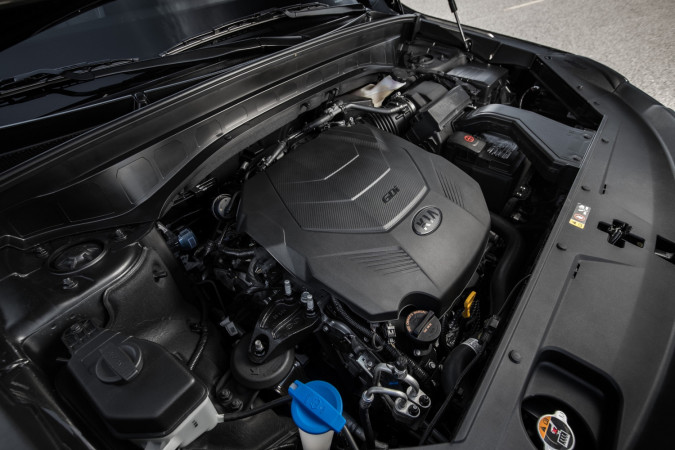 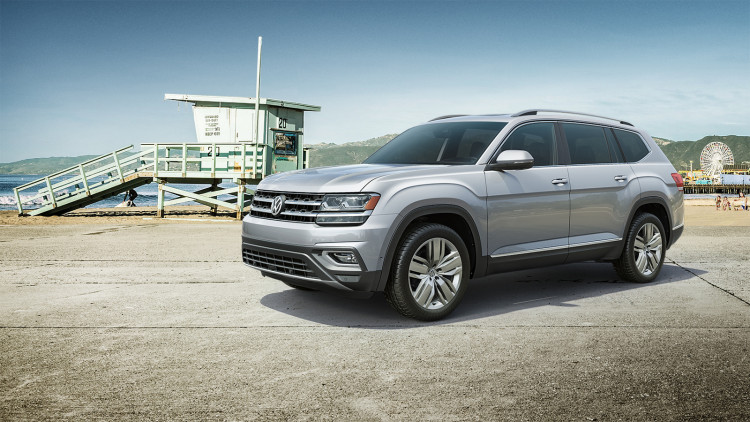 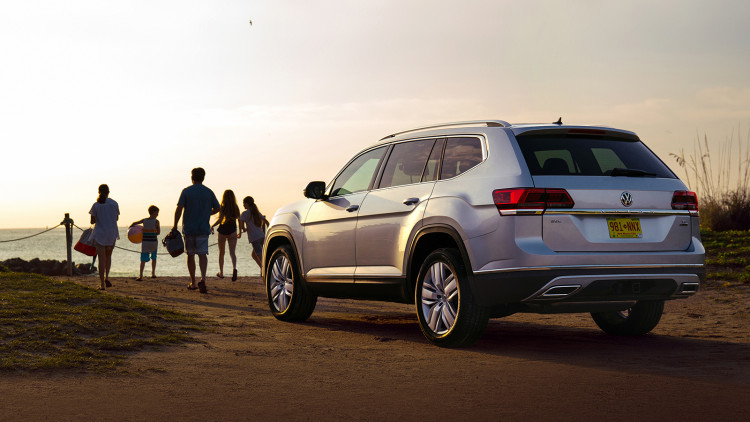 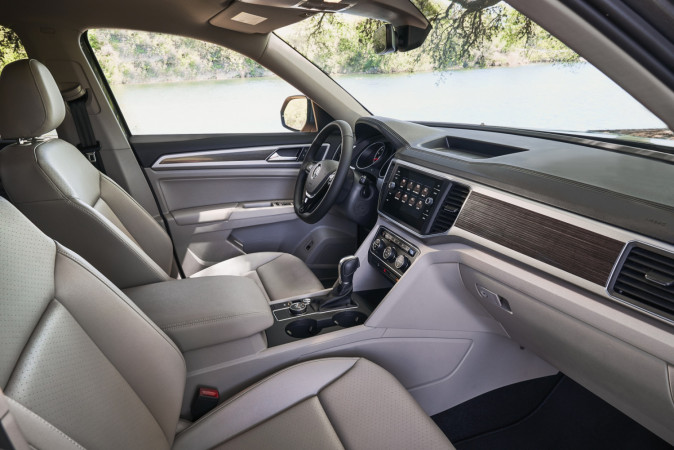 Tags:Kia TellurideVolkswagen Atlasauto
Support independent journalism today. You rely on WFYI to stay informed, and we depend on you to make our work possible. Donate to power our nonprofit reporting today. Give now.