INDIANAPOLIS (AP) — Indiana legislators are set to consider a proposal that would give pharmacists the authority to turn away suspicious customers trying to buy a common cold medicine that's used to make methamphetamine.

The state Senate criminal law committee is scheduled to hold a hearing Tuesday morning on the bill that aims to frustrate meth cookers from acquiring medicines containing pseudoephedrine.

Indiana has for several years been among the states with the most meth lab seizures by police, but Senate and House committee leaders tell The Associated Press that they won't consider bills calling for the more stringent step of requiring a doctor's prescription in order to buy pseudoephedrine medicines.

Opponents of requiring prescriptions say it would be inconvenient for law-abiding allergy and cold sufferers and increase health care costs.

Tags:Indiana Senatemethcold medicinemethamphetamine
Support independent journalism today. You rely on WFYI to stay informed, and we depend on you to make our work possible. Donate to power our nonprofit reporting today. Give now.

More than 80 percent of Hoosiers believe an abortion ban should have at least some exceptions. And more than half say abortion should be legal in most cases.
Read More 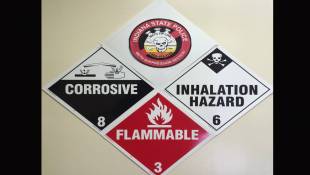 Indiana's methamphetamine problem isn't going away - though it's not in the headlines as much as the heroin and opioid epidemic. Indiana legislators are considering a bill that would give pharmacists the power to decide whether someone was eligible to buy its essential ingredient -- pseudoephedrine -- over the counter.