A former Catholic high school teacher has won the latest legal battle in his ongoing lawsuit against the Archdiocese of Indianapolis.

Joshua Payne-Elliott has accused the Archdiocese of forcing Cathedral High School to terminate him in 2019 after 13 years of teaching because of his gay marriage. The Catholic Church does not support gay marriage.

In May, a special judge with the Marion County Superior Court dismissed the case without explanation. Payne-Elliott appealed the dismissal later that month, and on Tuesday, the Indiana Court of Appeals issued a ruling that said the lower court should not have thrown out the case.

Payne-Elliott filed the initial lawsuit against the Archdiocese in 2019.

Last year, a trial court judge allowed the lawsuit to proceed. After that, the judge recused himself, and Judge Lance D. Hamner was assigned. Then in December, the Indiana Supreme Court allowed the Marion County Superior Court to reconsider the case,

Hamner’s one-page order to dismiss the lawsuit on May 7 only cited a lack of jurisdiction for the claims as reason to dismiss.

The Archdiocese and its attorneys maintain that the First Amendment allows religious schools to choose teachers who support their religious faith.

In its ruling, the Court of Appeals sent the case back to the lower court for reconsideration.

Tags:lawsuitCathedral High Schoolsame-sex marriageIndiana Court of AppealsArchdiocese of Indianapolis
Support independent journalism today. You rely on WFYI to stay informed, and we depend on you to make our work possible. Donate to power our nonprofit reporting today. Give now.

Investigators identified six young suspects in the vandalism of a historic southwestern Indiana church after one of the culprits posted video of the incident to social media, police said. 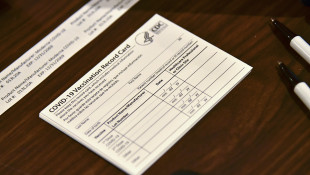 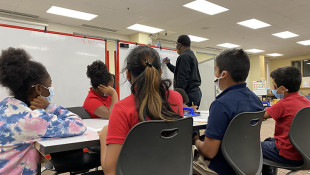 IPS will share $27.5M in referendum funds with charter schools. Here’s what it means

Indianapolis Public Schools approved a plan to share an estimated $27.5 million of referendum funds with its network of independent charter schools over the next few years.