“He was a voice of the Southside of Indianapolis, Greenwood and the entire State of Indiana in the Senate,” Indiana Republican Party Chairman Jeff Cardwell said in a statement.

Borst played a significant role in instituting UniGov, the merging of the Indianapolis and Marion County governments in the 1960s, as well as statewide major tax reforms in 1973 and 2002. He also was instrumental in Gov. Bob Orr’s A+ education plan in 1987.

“Sen. Borst studied legislation intently and knew the details and intricacies of every bill that came before his committee – often more so than the authors and proponents,” Brinegar said in a statement. “I learned so much from him in regard to state government and the importance of being prepared.”

Borst served at the Statehouse for more than 35 years.

In addition to his work in politics, Borst was a veterinarian. He also served as both secretary and president of the Indiana Veterinary Medical Association, according to the Indiana State Library.

He and his wife, Eldoris, had three children.

“Larry Borst was a titan of Indiana politics,” Senate President Pro Tem David Long, R-Fort Wayne, said in a statement, “and his passing is a great loss for the people of our state.”

Tags:GreenwoodUnigovIndiana Republican PartyLarry Borst
Support independent journalism today. You rely on WFYI to stay informed, and we depend on you to make our work possible. Donate to power our nonprofit reporting today. Give now. 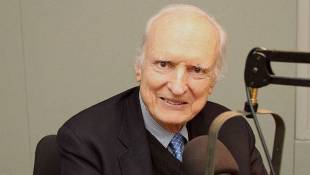 He was ordained as a minister, but found his calling as Indianapolis mayor. William H. Hudnut III, "Mayor Bill," has died at 84. 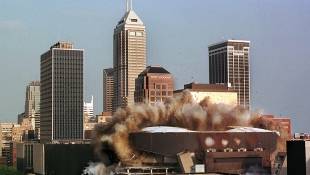 How did this happen? How did a city, so dead in the mid 1960s that pigeons were hunted with shotguns in the middle of downtown, morph into a metropolis vibrant enough to attract the biggest media event in the world,...