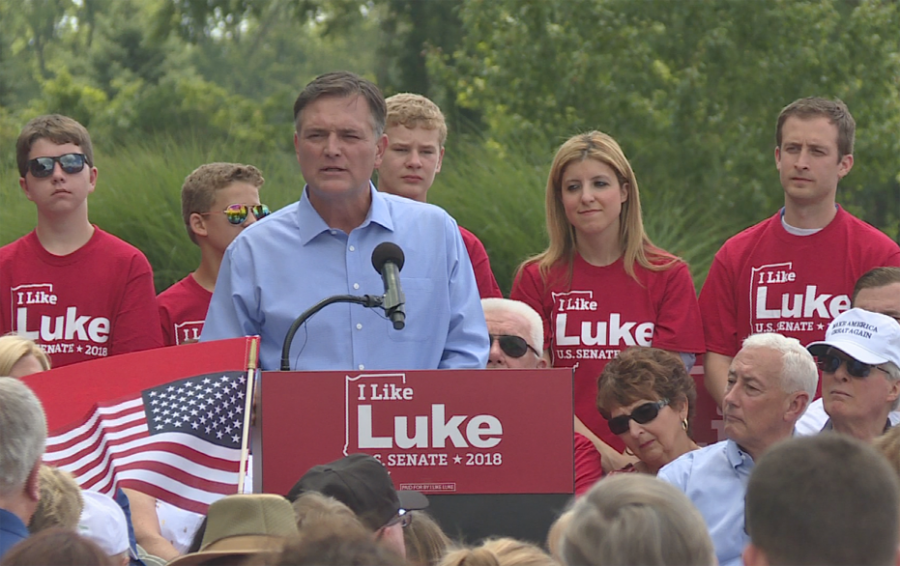 A crowd of hundreds gathered in Morristown at Messer’s annual barbecue party to support the 6th District Representative in his Senate run.

Messer hit on several traditional conservative themes in his speech – fewer regulations, support for the Second Amendment, and an anti-abortion platform.

There was no direct mention of Messer’s most formidable Republican opponent, 4th District Representative Todd Rokita.

But Rokita’s campaign sent out a message the morning of the rally, claiming Messer is insincerely attaching himself to the Trump movement.

Tags:U.S. SenateJoe DonnellyTodd RokitaLuke Messercampaign rally
At WFYI, our goal is to cover stories that matter to you. Our reporting is rooted in facts. It considers all perspectives and is available to everyone. We don't have paywalls, but we do need support. So if unbiased, trusted journalism is important to you, please join us. Donate now.

The state appeals court has ordered northern Indiana's Miami County to pay the city of Peru $104,000 for a water line county workers damaged while clearing a logjam from the Wabash River.
Read More

Despite the encouraging sign, the labor force -- defined as the number of people working, or looking for work -- shrunk significantly.
Read More