Many Races In Hamilton County Were Uncontested

FISHERS -- Low voter turnout was expected and realized in Hamilton County where General Elections weren't even being held in half of the county’s cities.

The cities of Carmel and Westfield saved tens of thousands in tax payer dollars by not holding General Elections on Tuesday. That’s the good news. The bad news is there weren’t any contested races.

Greg Purvis, the only Democrat who ran in the Fishers Council race and lost to his Republican opponents, says his party’s low representation can be likened to the "chicken and the egg" problem.

"Which comes first," Purvis asked. "Some people don’t want to run until you see success, but you’re not going to have success unless you run people and build an organization and keep at it."

In Fishers and Noblesville, at large council seats were up for grabs with a total of three Democrats running against a solidly Republican field.

In Noblesville, the council is expanding from seven seats to nine with Republicans, including lone female Mary Sue Rowland, taking all the spots.

Hamilton County Republican Party Executive Director, Andrew Greider says the county has been red for so long with good reason.

"People in Hamilton County are very happy, we’re at the top of lists of qualities of communities and people being pleased with what their government is doing," Greider said.

In recent years, the primary election is the more competitive contest in Hamilton County, and a majority of races were decided back in May.

Tags:WestfieldCarmelHamilton CountyFishersElection 2015
Support independent journalism today. You rely on WFYI to stay informed, and we depend on you to make our work possible. Donate to power our nonprofit reporting today. Give now. 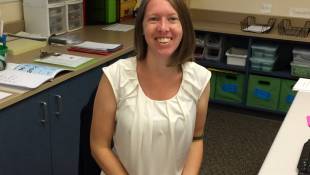 Non-Voter Decides To Keep Her Status

Non-voter Sara Hill couldn't find enough information about the candidates and their stances on issues in Noblesville so she decided not to vote on Tuesday. 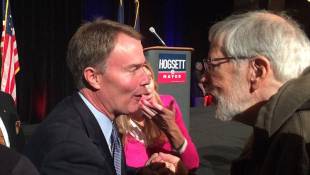 Indianapolis Democrats enjoyed a big night Tuesday winning the mayor's office and a 13-12 majority on the City-County Council.