Much is still unknown about Alzheimer’s, a disease that will impact half the population if you live that long. There are no pharmaceutical treatments. Doctors cannot make a definitive diagnosis until after death, with an autopsy. Research participants are in short supply.

Advances in brain imaging offer some hope, and a key piece of that work is being done in Indiana.

Dr. Martin Farlow is a researcher at Indiana University’s Department of Neurology in Indianapolis.

“To some extent it’s hubris on our part. If you think about how difficult cancer is to understand, the complexity of the brain is many thousand times greater than solid organs affected by cancer,” Farlow says. “It’s a very difficult target.”

Advances in brain imaging helps scientists define what the disease looks like in different stages.

“It turns out there are changes that start to occur which you can see on imaging studies like MRI and PET scans,” says Farlow.

New tools like positron emission tomography, or PET scans can show radioactive tracers that bind to proteins in neuro-fiber tangles of the brain. In someone with Alzheimer’s these tau proteins no longer function properly and scientists can see that.

“Why is this important?” Farlow says. “It gives us a map, it allows us to understand what the disease actually does as it progresses and allows up to more effectively measure changes.”

This work is part of the Alzheimer’s Disease Neuroimaging Initiative which studies people older than 55. It’s a multi-site, long-term push to map later-life changes in brain function.

One of its arms is in Indianapolis, at the IU Neuroscience center. Farlow says the center brings together some of the best brains in brains.

“Clinicians, psychologists and researchers are brought together in the same building,” says Farlow.

This particular study site recruits older adults without any symptoms of Alzheimer’s or with symptoms of the disease in its early stages. This makes it easier for them to find participants – a big challenge in Alzheimer’s research.

Indiana Alzheimer’s Association program director Denise Saxman says this is, in part, because of the disease itself.

“As the disease progresses they lack attention, the ability to sit still, some of the things you need to do to participate in clinical trials, and it just makes it a lot harder,” Saxman says.

The Indianapolis study site has been able to recruit participants fairly well, but they’re still looking to fill a few spots.

Rita Brown, 71, connected with the Indy trial site while doing research after her husband died from a degenerative brain disease. She has no signs of Alzheimer’s, just normal memory loss so she began to explore her cognitive abilities online.

“And they would periodically send you little tests to do,” says Brown.

They also asked if she might have a study partner, who could go through the process with her.

“And I said ‘how about a twin sister?’” Brown says.

Her identical twin Carol Howlett wasn’t surprised when she got the call.

“She’s always getting me into strange things,” says Howlett.

Being able to look inside the twin’s brains is a unique opportunity.  The researchers will be able to account for different factor that may play into cognition and function. Which could draw a clearer map. Which could lead to a more confident early diagnosis.

Howlett says that would be a blessing.

Scientists say, ultimately, the goal is to detect changes and treat people before they develop Alzheimer’s symptoms.

Tags:Indiana UniversityAlzheimer's diseaseneuroscience
Support independent journalism today. You rely on WFYI to stay informed, and we depend on you to make our work possible. Donate to power our nonprofit reporting today. Give now. 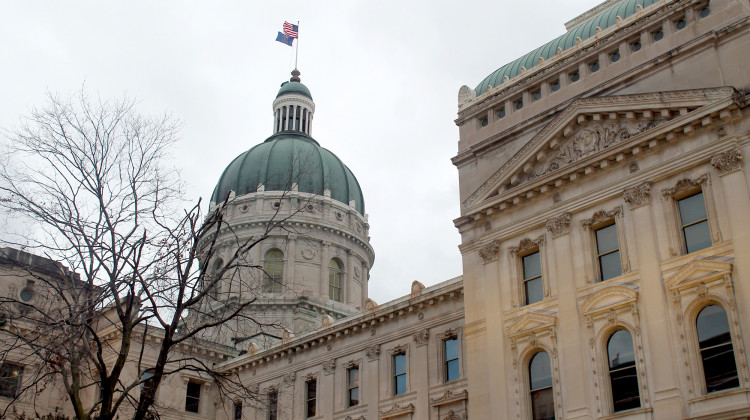