During a “march for beagles” at the Statehouse on Thursday, Indiana lawmakers announced legislation to require animals that have undergone testing to be put up for adoption.

The Humane Society of Indiana has been calling on the West Lafayette-based testing company Inotiv to release some 80 dogs used in its labs that are set to be euthanized. The appeal follows a recent Human Society investigation of the company’s Mount Vernon facility, which alleges violations of the Animal Welfare Act.

State Sen. Shelli Yoder (D-Bloomington) said she will introduce the animal adoption legislation during the next legislative session.

“Any business that no longer needs a testing dog or cat is obligated to release these dogs and cats for adoption,” she said.

Yoder said the legislation will be modeled off of similar legislation in Virginia. At least 14 other states, including Iowa, have post-testing adoption laws in place. 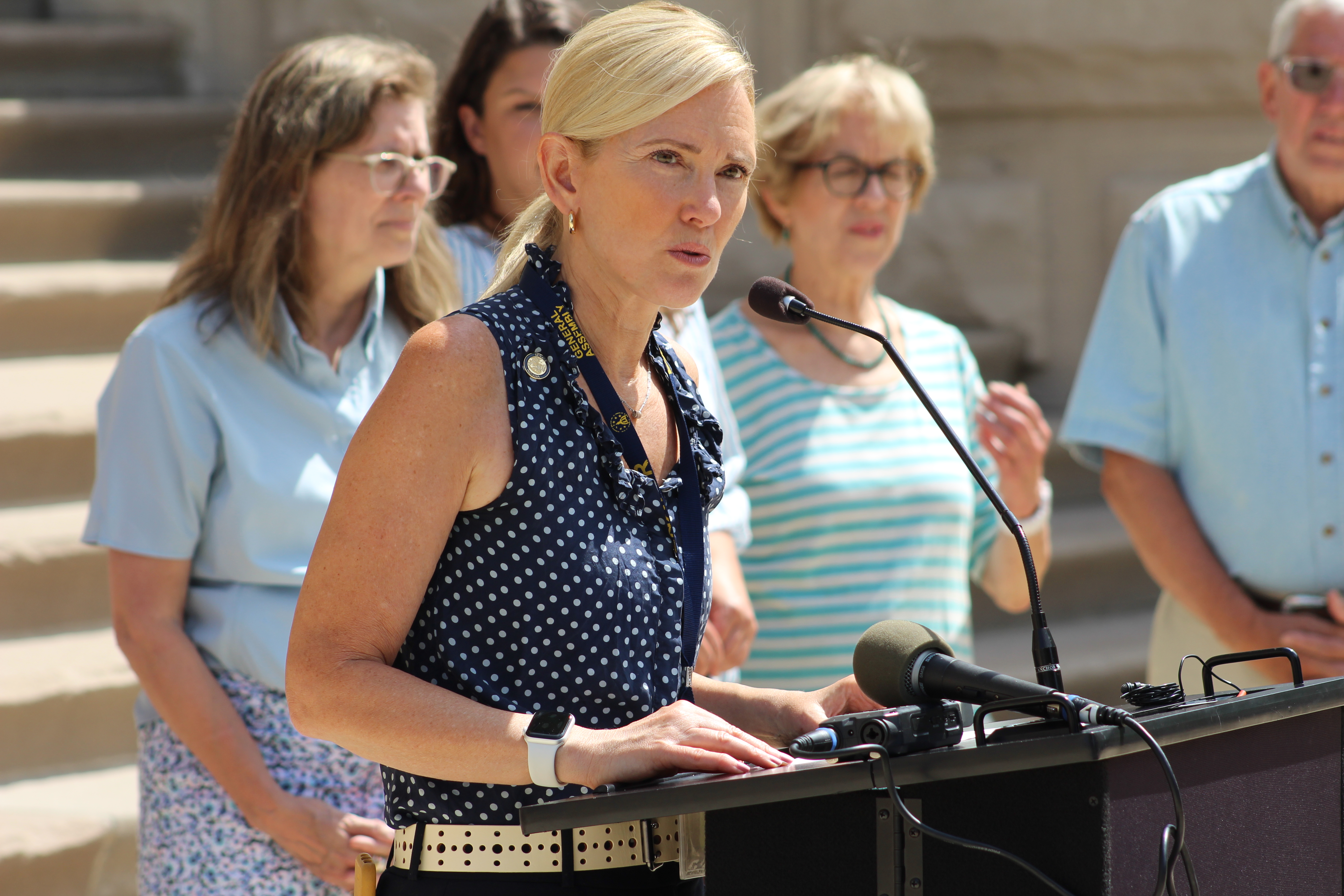 “We must increase funding for programs that search for viable and more accurate testing alternatives,” Yoder said. “Around 95 percent of drugs tested on animals still fail at the human testing phase. Animal biology and immunities are different from ours.”

Jessica Henry is with Humane Fort Wayne. She said – like many shelters and adoption agencies across the state – they are “at the ready” to take in any dogs and cats that have been tested on and need a home.

“In other words, we’re asking companies like Inotiv to just be decent,” she said.

State Rep. Chris Campbell (D-West Lafayette) said she will look to introduce similar legislation to Yoder’s in the House.

“I really hope we can change Indiana so we don’t have to see animals suffering,” she said.

In a written statement, Inotiv told WBAA that it complies with all applicable federal, state, and local regulations, as well as the Animal Welfare Act.

And, a spokesperson for the company said, research at their facility in Southern Indiana “supports the development of a potentially life saving medicine for newborns, infants, and children.”

Copyright 2022 WBAA News. To see more, visit WBAA News.
Tags:pharmaceuticalsanimal testing2023 legislative session
Support independent journalism today. You rely on WFYI to stay informed, and we depend on you to make our work possible. Donate to power our nonprofit reporting today. Give now.