Indianapolis Mayor Greg Ballard says the fight between his office and the city council over electric vehicles could have a lasting negative effect.

The Democratically controlled city-county council voted this summer to sue the office of Republican mayor Ballard over the city’s deal with Vision Fleet – which is replacing aging city vehicles with electric ones.

Now councilors are angered over the rollout of Blue Indy, the city’s soon to launch electric car sharing program.

"What is odd, is I seem to have the only set of Democrats in the entire country who are against clean transportation, which I find a little funny," Ballard said in an interview with WFYI.

Ballard says the council is sending a damaging signal to the business community. "The net effect of this is, if you’re a business and you want to come to Indianapolis, do you have to go through this mess? That’s the problem," he said.

Ballard argues the council was fully aware of the process in bringing Vision Fleet and Blue Indy’s owner Ballore to the city. He says they’re playing election year politics by crying foul over the programs so late in the process. 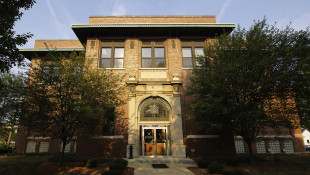 Lilly Endowment, Inc. will grant $34 million to organizations that focus on issues that range from re-entry to LGBTQ youth.