Political logos are hard. Very hard. There's usually always something in them to be not just dissected, but mocked, memed, and ridiculed.

Hillary Clinton was on the receiving end of such treatment when she unveiled her logo (that H with the red arrow facing right, of all directions).

And now Donald Trump is enduring the same, if not worse. Friday, just after he officially announced Indiana Gov. Mike Pence as his running mate (on Twitter of course), his fundraising committee unveiled its new logo: a "T" and a "P" both inside an American flag, on top of the words: Trump. Pence. Make America Great Again! The logo debuted in a fundraising e-mail from the Make America Great Again Committee, according to Politico. That's the joint fundraising committee between the Trump campaign and the Republican National Committee.

As soon as it hit the web, something seemed off. This logo, that visual — it was strangely sexual.

That T was doing something to the P.

How are we supposed to explain the new Trump logo to our children??

Within minutes, it was the laughing stock of the Internet, especially among those who dislike Trump of course.

It got its very own GIF, too (viewer discretion advised).

There were gay jokes.

This logo is not welcome in certain Indiana pizzarias pic.twitter.com/GGcH1TXUm3

The Trump Pence logo is what happens when you can't find a single gay graphic designer willing to work for you.

And the jokes about how this was all a metaphor for what Trump's relationship with his new running mate might be like.

Even senior statesmen like John Dingell got in on the fun.

What is the T doing to that P? https://t.co/tDvYm2QJYi

In minutes, it seemed, one logo turned all of the Internet into 12-year-olds. Perhaps it is fitting. In an election where candidates on both sides of the aisle have been acting like adolescents — trading petty insults, getting into Twitter fights, discussing the size of their manhood, riffing on Pokemon — we should have expected at some point for all of us involved to totally take this whole thing back to middle school.

Of course, some people must actually like the logo (tell us in the comments or tweet us at @nprpolitics if you do!), though they must not be on Twitter today. And, it's quite rare that a political logo, on its own can win or lose an election. But, so many jokes, so quickly after this logo's debut, it can't be good.

At least "Trump Pence" has a nice ring to it. (It sounds like "trumpets.")

Tags:Election 2016Mike PenceDonald Trumpcampaign logo
Support independent journalism today. You rely on WFYI to stay informed, and we depend on you to make our work possible. Donate to power our nonprofit reporting today. Give now. 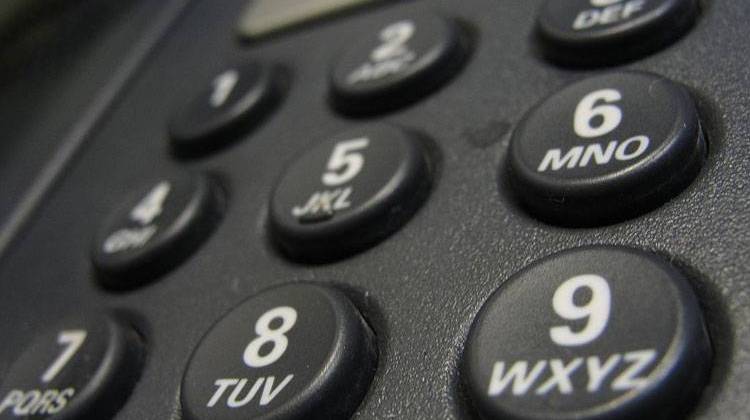 Callers in northern Indianas 219 and 574 telephone area codes will soon be required to dial with 10 digits, rather than seven, when making local phone calls.
Read More 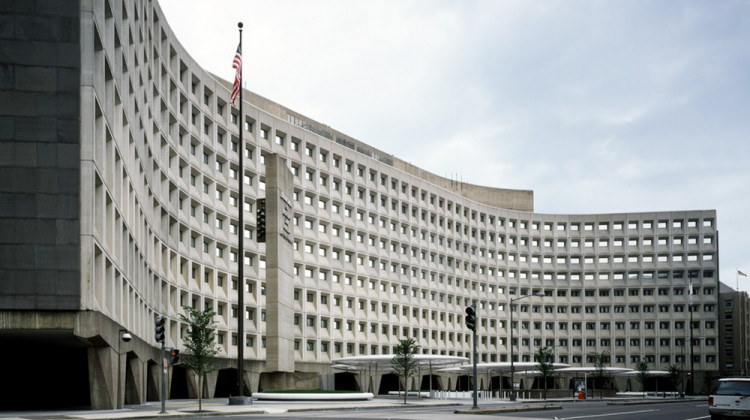 The funding announced last week by the U.S. Department of Housing and Urban Development will go to 40 of Indiana's public housing authorities for projects such as replacing roofs, upgrading heating systems and other improvements.
Read More 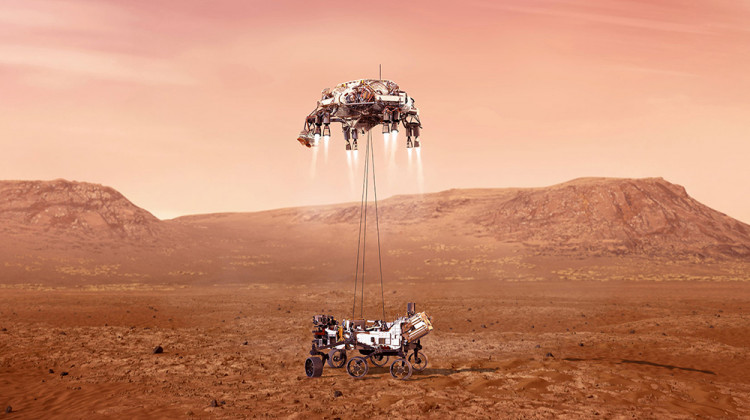 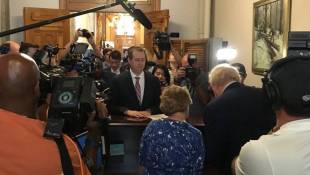 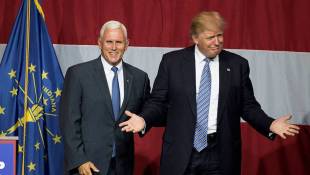 5 Things To Know About Mike Pence

Signs are pointing to the Indiana governor being selected as Donald Trump's vice presidential running mate. Trump is set to officially make the announcement Friday.