A formal partnership between Indianapolis Public Schools and the Indy Chamber intended to inject fiscal stability into the state’s largest school district has wrapped up.

As the three-year pact comes to an end during the challenging pandemic era for IPS, district and business leaders say they are happy with the fiscal progress even though it is expected to fall short of its goals.

“While I know that we’re talking about the lives of our kids and our families, we are very proud of where things stand three years later and we think the numbers speak for themselves,” Indy Chamber CEO Michael Huber said.

In 2018, IPS leaders agreed to reduce the amount sought in a property-tax referendum in exchange for support from the Indy Chamber and its partners. The business community group opposed a higher dollar referendum previously approved by the school board and negotiated a pact with now former-district leaders to place a lower request on the ballot.

As part of the deal for Indy Chamber support, IPS agreed to cut costs and increase efficiencies in a quest to stabilize district finances by 2026. The plan included fiscal targets: saving $328 million in operations and providing $230 million in additional teacher and principal compensation.

One of the other pieces of the collaboration included the district potentially closing and consolidating roughly a dozen schools.

An update on the partnership, provided last week during an IPS board meeting, projected the district missing those targets by 2026.

Based on current data, the district is estimated to spend $162 million on teacher compensation. That’s $68 million, or about 35 percent, less than their original projection.

In cost cutting, the district reduced spending by $261 million, that’s $67 million or 23 percent, less than planned, according to an IPS-Indy Chamber report.

To get to this point, the district made significant reductions: $52.6 million in transportation services, in part by reducing services and outsourcing bus management; $11.5 million in custodial services; and $2.4 million in utilities.

In order to sustain these savings, IPS plans to continue partnerships with organizations in the city, such as IndyGo for student transportations, as well as seek legislative changes to benefit the district, according to board documents.

District officials did not discuss the potential of school consolidations at the meeting. In an email to WFYI, a district spokesperson said they do not currently have information about it.

IPS Superintendent Aleesia Johnson said even though the formal memo of understanding between the school board and the Chamber is over, work will continue in some form. IPS currently faces an $18 million structural deficit.

"We are excited and certainly committed to continuing our relationship and collaborative spirit with the Indy Chamber," Johnson said during the meeting.

District and chamber leaders said they expect to continute to collaborate on shared priorities, such as racial equity within the city.

School board commissioner Diane Arnold said she’s proud of the progress the partnership has made.

“As a member of the board when this partnership started, I just want to say how pleased I am with your support for the referendum in 2018. I think sometimes it’s good to have someone come in [from] outside the district to help push us in making some challenging decisions,” Arnold said.

Tags:Indianapolis Public SchoolsIndy Chamberschool referendum
Support independent journalism today. You rely on WFYI to stay informed, and we depend on you to make our work possible. Donate to power our nonprofit reporting today. Give now. 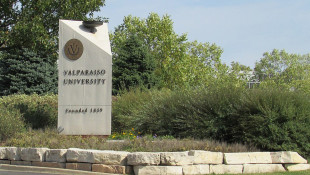 Valparaiso University, citing criticism and the potential loss of federal money, said it will close a program that promotes Chinese music. 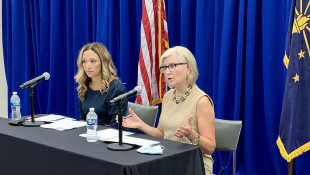 Many Hoosier K-12 schools have stopped reporting COVID-19 data to the state, as required. 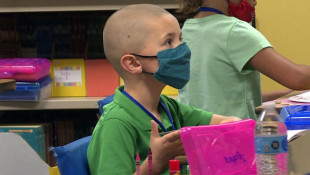 The state's latest update on COVID-19 in schools shows 5,529 newly reported student cases – a new record for the second week in a row.