FORT WAYNE Lots of communities in Indiana - 105, to be exact - are working to reduce their combined sewer overflows right now in a variey of ways – from large storage tunnels to do-it-yourself rain gardens.

But why are we seeing so many of these public works projects now?

To understand why there are so many, we have to go back to 1972, when Congress passed the Clean Water Act and started pushing thousands of cities across the country to comply with federal pollution standards. But it took about a decade for the Environmental Protection Agency to write those rules. And then, there was another problem.

Many cities weren’t happy with the EPA, and have battled with the federal agency, said Evansville Water and Sewer Utility Director Allen Mounts.

“They don’t care. They don’t provide any money, they don’t care," Mounts said. "Because they see their role as there’s a set of regulations, and we’re gonna enforce them.”

Hundreds of separate legal battles, varying in degrees of intensity, ensued across the state. These took a long time, too. Indianapolis only finalized a consent decree in 2006. Fort Wayne signed theirs in 2007. And Evansville?

“I would say Evansville is probably on the tail end of their enforcement process,” Mounts said.

They didn’t finish until February of this year.

Evansville’s plan to reduce sewage overflows is called Renew Evansville. It costs more than $700 million and is the largest public works project the city’s ever had.

From Tunnels to Gardens

“Even after a heavy rain you might see some puddles here, but before long it soaks down into the ground, so I know it’s doing what it’s supposed to be,” Kenseth said.

And he has all these beautiful plants.

Fort Wayne teaches a rain garden workshop for residents. The city caps the workshops at 25 and often has to turn people away. There’s even a waiting list. It’s difficult to measure exactly how much rain gardens contribute to Fort Wayne’s overflow reduction efforts. City officials estimate the contribution is small, but stress that every little bit helps.

When completed in 2025, Fort Wayne’s plan will reduce sewage overflows from 71 times a year to no more than four.

Evansville’s plan is similar to Fort Wayne’s. But they have a much larger green infrastructure component.

And no, this isn’t some sort of wetland-robot. It’s really just a wetland.

“It would be primarily a large grassy area," Mounts said. "It could also be an area for wildlife, birds, etc.”

Wetland plants and soils like lots of water and lots of nutrients. So the idea is to screen the solids out of the sewage overflow and let the wetlands use up the remaining water and nutrients.

Evansville’s plan will reduce combined sewer overflows from 50 annually to four. Construction on the wetland project is scheduled to begin in 2023, and the entire plan must be completed by 2040.

Statewide, communities typically must complete their plans 15-25 years after signing their legal agreement with the EPA. Most communities in Indiana will be in compliance with federal standards by the year 2030.

Tags:IndianapolisFort Waynestorm waterEvansvillewatersewerswater qualitysewage overflowcombined sewer system
Support independent journalism today. You rely on WFYI to stay informed, and we depend on you to make our work possible. Donate to power our nonprofit reporting today. Give now. 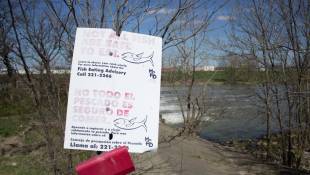 More than 100 of Indiana's sewage systems need improvements to comply with federal standards, and the Environmental Protection Agency has sued many cities and towns over sewage overflow problems. Some cities are building new sewage overflow tunnels to fix the problem. 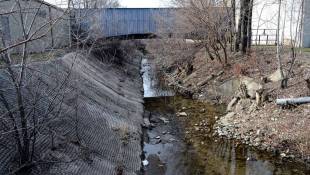 For our latest submission to Curious Indy, we find out why Pogue's Run seems to disappear when the creek reaches downtown.