The first drawing that I saw by Gabriel Lehman put a huge smile on my face. It was a cartoon-like drawing of a wide-eyed, fairy-like girl having a conversation with a friendly, multi-colored elephant. When I learned that the 41-year-old artist has no formal training, I was stunned. Gabriel says as a kid,  he always had a pencil in hand, doodling and drawing. He has conceptual dyslexia so traditional learning was a struggle and when he graduated from high school he knew he had to use his hands to create a career. But at that time he chose construction, spending a dozen years installing flooring in homes. The physical strain got to him, as did the internal calling that was coaxing him to give that love of drawing a second chance. He did. He quit his job and focused all of his time and effort on honing his skills. Because he had spent so much time in people’s homes, he knew what kind of color palate appealed to people, so he included those colors in his paintings. He lived out of his car spending what little money he had on paint and brushes. His focus paid off when he was invited to show his work at a solo show where he met many famous artists who encouraged him to live his dream. From there the sky was the limit, which also describes his work. Gabriel loves to paint murals and in those murals - clouds. Gratitude is also important to him. He donates paintings to charities and loves to paint murals in unusual places, like the nursery of a Church in Noblesville. That’s where I met him and his wife Jamie Lehman—who is an author. We sat and talked with the cheery blue sky and clouds as our background.

Tags:wfyiGabriel LehmanCurious Mix
Support independent journalism today. You rely on WFYI to stay informed, and we depend on you to make our work possible. Donate to power our nonprofit reporting today. Give now. 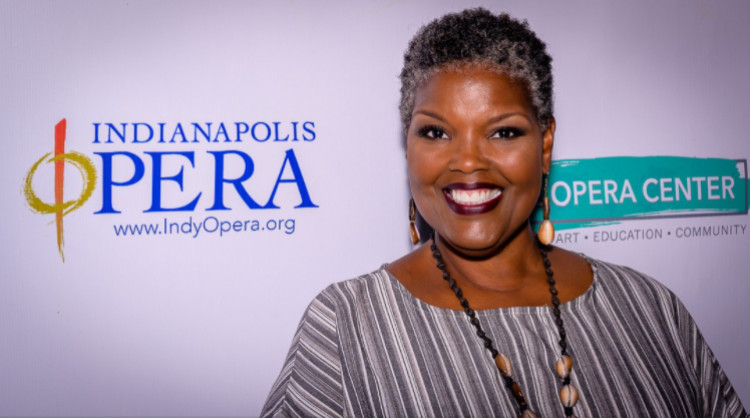 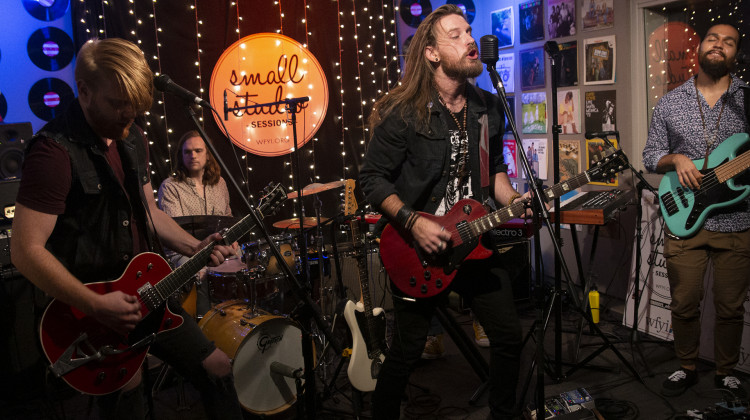 Indy-based musician Joshua Powell talks with WFYI's Melissa Davis about the value of attracting and keeping artists in the city, explains his process, and shares his music.
Read More 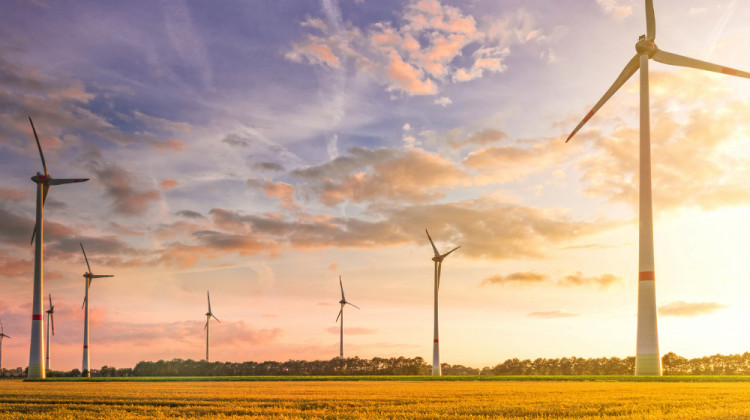