Nearly half of the state’s long-term care facilities have experienced at least one case of COVID-19 among residents, according to a significant data released by the Indiana State Department of Health.

Of 754 facilities required to submit data, almost half or 344 have experienced at least one positive resident case.  At least one resident death has been reported by 235 facilities. During a press call yesterday, state health officials said they expected a public dashboard to be released next week.

Indiana’s reporting comes months after all of its neighboring states and nearly all other states created such dashboards. The state cited patient confidentiality and other pandemic priorities while keeping the data private.

Tags:nursing homesCOVID-19coronavirus
At WFYI, our goal is to cover stories that matter to you. Our reporting is rooted in facts. It considers all perspectives and is available to everyone. We don't have paywalls, but we do need support. So if unbiased, trusted journalism is important to you, please join us. Donate now. 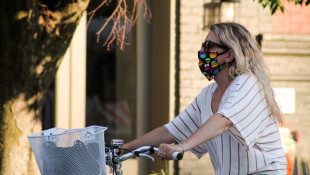