CARMEL -- Thomas Harmas was hired as the new principal of the state's largest high school by the Carmel Clay School Board Monday night.

He becomes the first new principal at the school of 5,000 students in 14 years.

Harmas is no stranger to Carmel students and families -- the 56-year old oversaw the opening of Carmel Clay Schools' Creekside Middle School and was the sole principal there for the past 14 years.

Harmas says he is steeped in the “excellence” of Carmel Clay yet understands the need to tweak and improve offerings at Carmel High School for students in grades 9-to-12.The school has consistently been rated an A on the states’ A-to-F accountability scale.

“You have to realize, Carmel High School is a school of excellence. So to walk in there and start doing things without truly understanding would be a big mistake," he says. "So, to be able to talk, listen and learn -- I think is my number one goal.”

Harmas replaces John Williams who is retiring in July after 40 years in education. Williams recently told WFYI that when he started running the school 14 years ago, he was struck by the high expectations for academics and overall school culture that came from teachers, students, and parents.

“The challenge for me was to make sure I was doing the same thing,” Williams says. “Because, if you don’t bring your A-game to a place like Carmel, you will stick out like a sore thumb.”

Harmas' new salary was not available Monday night, according to a district spokesperson. Williams was paid $167,763 in 2016, according to the state's employee compensation report.

Harmas' soon-to-be former school, Creekside Middle is an A-rated school and enrolled 1,252 students in the 2016-17 school year. The school earned a National Blue Ribbon School Award and become a state training site for best practices for teaching students with autism.

Superintendent Nicholas Wahl says a search to find the next Creekside principal will begin immediately.

He is a graduate of Warren Central High School and Indiana University.

Tags:Carmel Clay Schools
At WFYI, our goal is to cover stories that matter to you. Our reporting is rooted in facts. It considers all perspectives and is available to everyone. We don't have paywalls, but we do need support. So if unbiased, trusted journalism is important to you, please join us. Donate now.

Less than 10 people were in Indianapolis Board of School Commissioners' boardroom at the district headquarters Thursday. It was a stark contrast to the past two months when meetings were standing room only as board members, parents and teachers argued about what is best for three city schools. 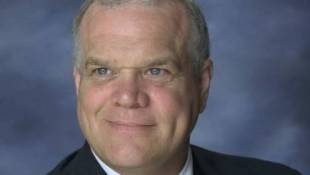 Carmel High School Principal John Williams will retire this week. The 61-year old Williams has been an educator for 40 years. Wilson took a walk with WFYI's Eric Weddle around the suburban school recently, where he talked about how his views on education and connecting with students.
Read More
@WFYINews Twitter
Tweets by @WFYINews
hey