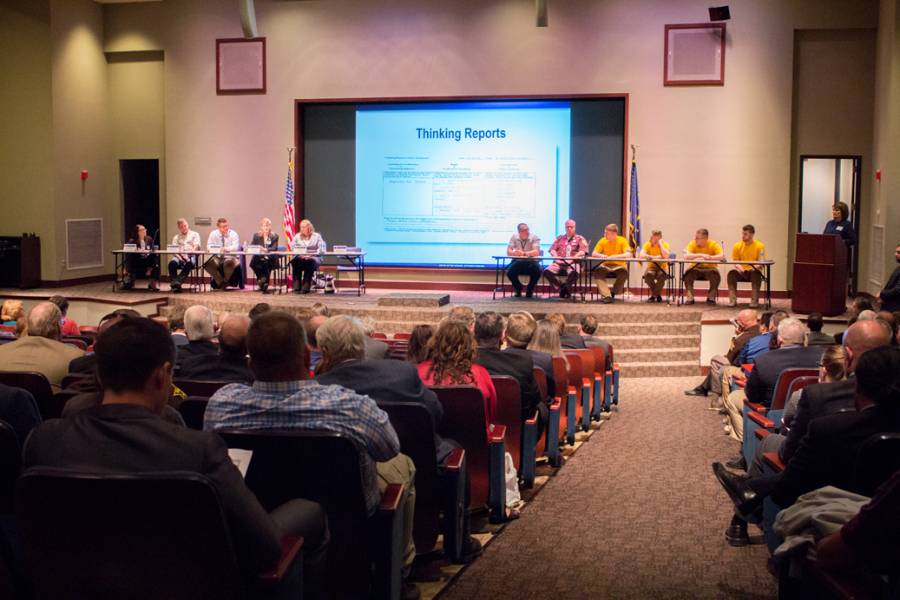 A group of current and former inmates from Dearborn County Jail talked about their experiences in the Jail Chemical Addictions Program. (Photo by Drew Daudelin)

One of them, a 33-year-old named Adam, talked about his experience in the jail’s rehab program, called the Jail Chemical Addictions Program, or JCAP.

Attorney General Curtis Hill says he formed the coalition to give a voice to law enforcement around the state.

“This is a free society. We need to have accountability for all of our behavior. We certainly want to be able to provide opportunities for people to help themselves, but first and foremost we have to keep people safe,” Hill says.

Hill says the coalition and its members will meet regularly, then present to groups – including the General Assembly – to push for the expansion of programs like JCAP.

Tags:drug addictionCurtis HillPublic Safety Coalition
Support independent journalism today. You rely on WFYI to stay informed, and we depend on you to make our work possible. Donate to power our nonprofit reporting today. Give now.