Nissan built a good truck, but there was nothing to draw loyal buyers out of competitive makes.  Nissan needed a niche it could exploit and it found one.  Discussions with truck owners revealed space between light-duty “half-ton” pickups and heavy-duty “three-quarter-ton” models.

“We got to the Titan XD by talking to both ½-ton and ¾-ton customers to get input on the next Titan,” said Rich Miller, Chief Product Specialist – Titan.  “The ½-ton customers said they wanted a diesel engine without moving up to a ¾-ton truck and ¾-ton customers asked for something less expensive with better ride quality, improved fuel economy, and trailer-towing performance.  We went to Cummins and asked if they had an engine that could do that.”

You probably know Columbus, Indiana-based Cummins for inline six-cylinder diesel engines in heavy-duty Ram pickups, but it just happened to have a smaller 5.0-liter V8 diesel under development when Nissan came calling.  It’s the perfect size to fit in the engine bay of a full-size pickup while producing 320 horsepower and 555 lb.-ft. of torque – enough to tow 12,000 lbs. and haul 2,000 lbs. of payload.  Mate it with four-wheel-drive to go almost anywhere.  Underway, you can barely hear the engine and it produces super smooth power.  The combination of low-end torque and high-spinning turbo is bliss.  Nissan does not release figures, but claims fuel economy is 20 percent better than comparably-capable gasoline engines.

But, the strategy to exploit unexplored space between light- and heavy-duty meant doing more than partnering with Cummins for a diesel engine.  There’s actually two Titans – a “regular” model and Titan XD with beefier frame, chassis, and brakes.  The big news for the all-new 2016 Titan is obviously its diesel engine, but it’s a fully-developed truck.

Exterior styling is uncannily similar to the Ford F-150’s, but it has Titanic presence.  It’s a big truck with a long four-door cab, barn-size chrome grille, 20-inch wheels, and Cummins logos on the side.  Step bars help you climb inside.  From behind the wheel, that tall hood looks like you could land a chopper on it.

Interiors are also impressive, looking like they could have come out of the Pathfinder crossover save for the column shifter.  Rockford Fosgate audio, tilt/telescoping steering column, and deep console with 120v plug and USBs should please owners – as will a roomy rear seat with comfy cushions.  Heated front “Zero Gravity” seats with power lumbar and dual zone automatic climate control add comfort.  An integrated trailer brake controller, navigation, and power sliding rear window add convenience. Maneuvering is enhanced by front and rear sonar plus a rearview camera.

Beyond an interior with deep consoles and many storage cubbies, the truck is built for working.  There’s an integrated trailer brake controller up front and plugs for a fifth-wheel pre-set in the bed.  Push down the retractable steps to step into the bed where the Titan Box in-bed side-saddle storage can hold all of your tools and gear in waterproof lockers.  Also check out the bed channel system with tie-downs, LED bed lights, spray-in bedliner, and 120v electrical plug.

Sales could hardly get worse for Titan, but Nissan took the opportunity to re-think its place in the full-size truck segment.  Building a truck more capable than a half-ton, but more drivable than a three-quarter-ton, seems smart.  Tapping Cummins for the diesel engine seems brilliant.  Titan now has a calling card, and it’s a good one.  A base price of $35,290 – $57,255 as-tested – is competitive against the GMC Sierra, Chevy Silverado, Ram, Ford F-Series, and Toyota Tundra.   Storm Forward! 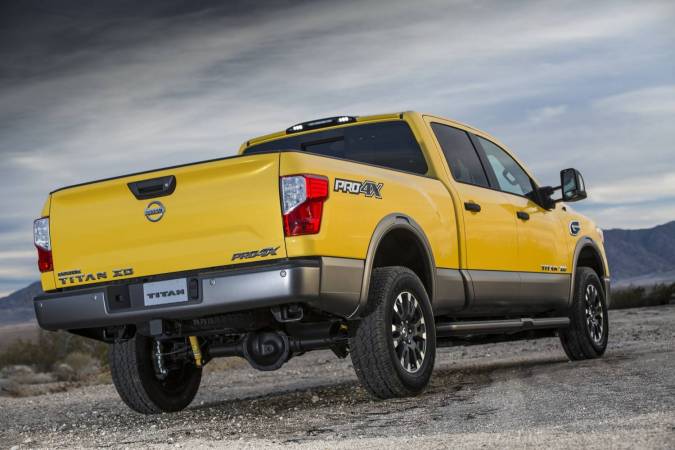 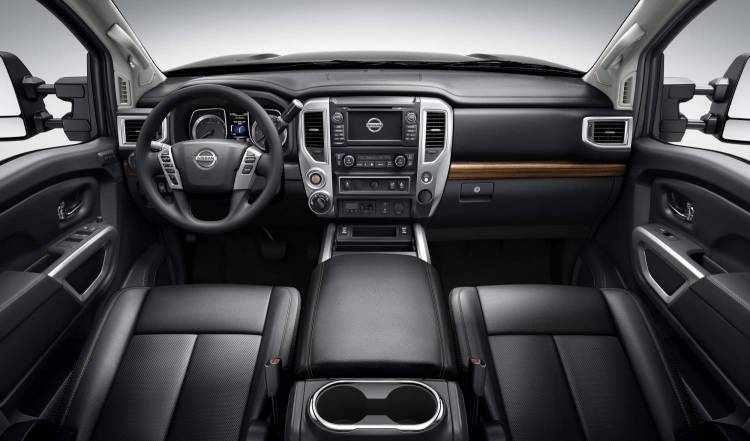 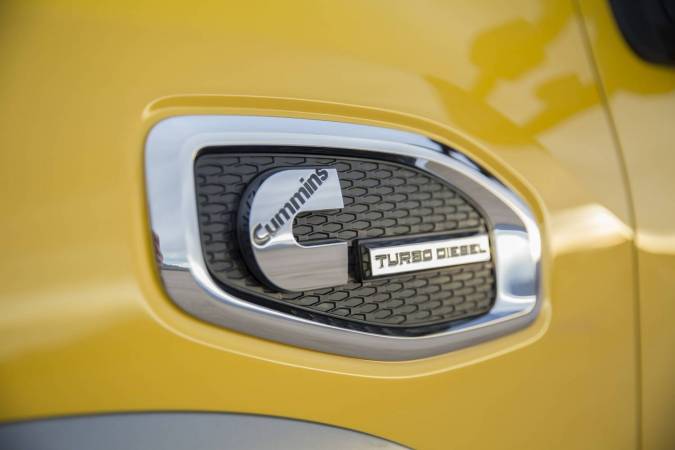 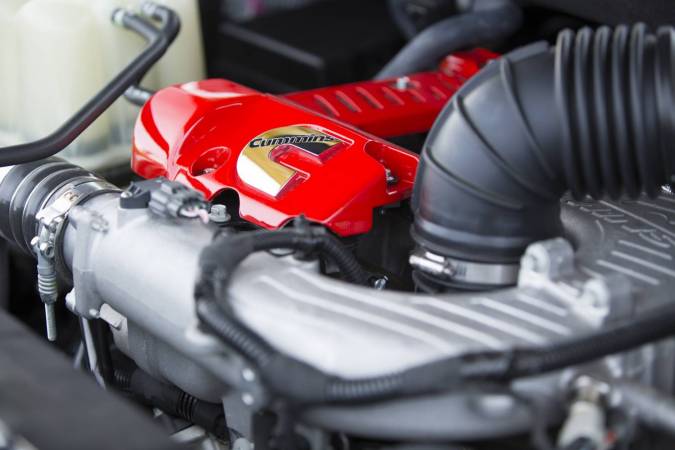 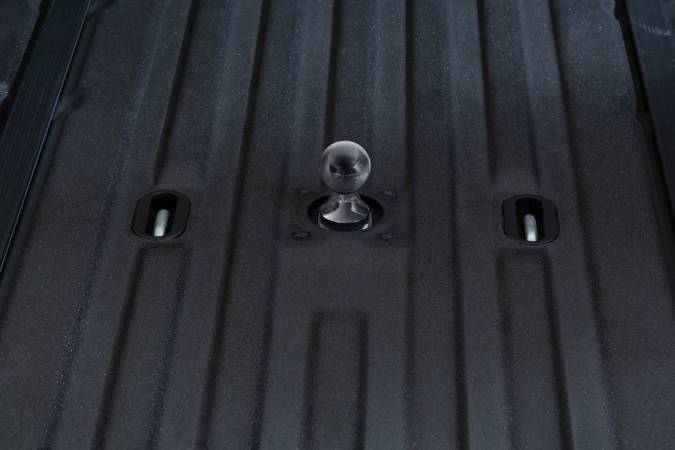 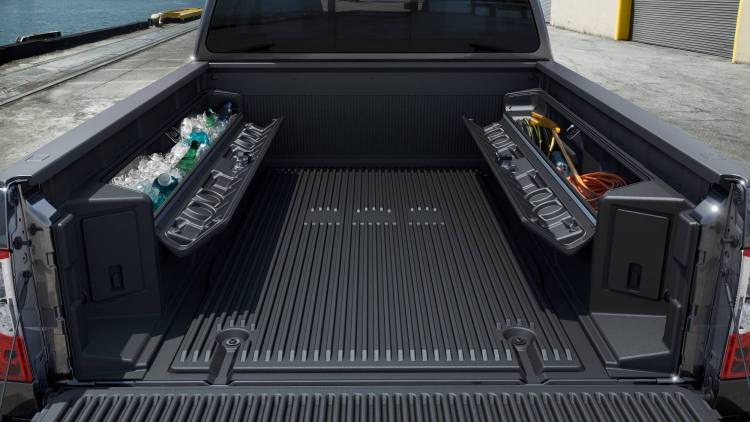 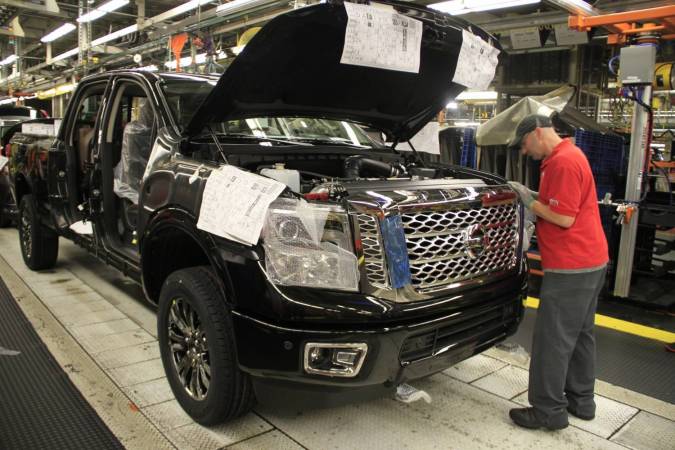 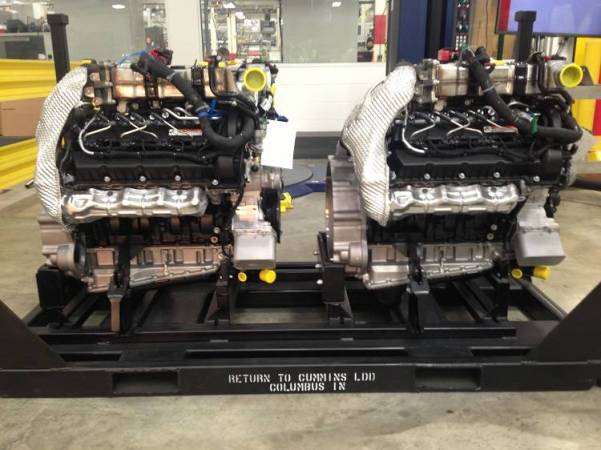 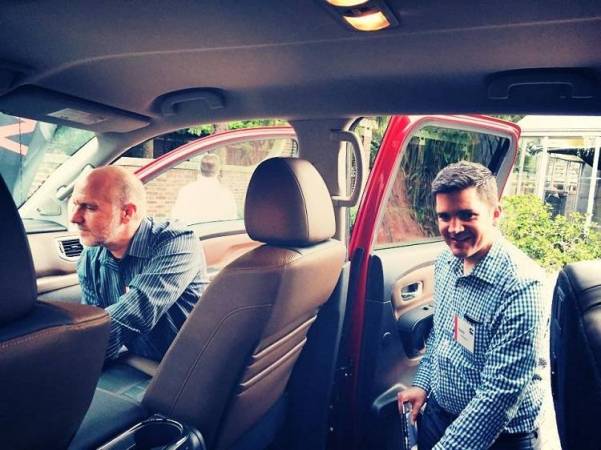 Tags:autoNissanCummins Inc.diesel fuelNissan Titan XD
Support independent journalism today. You rely on WFYI to stay informed, and we depend on you to make our work possible. Donate to power our nonprofit reporting today. Give now. 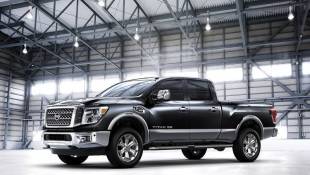 Sales of the Cummins-powered 2016 Nissan Titan begin later this year. 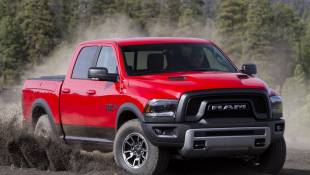 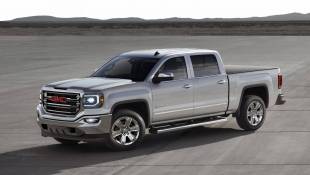 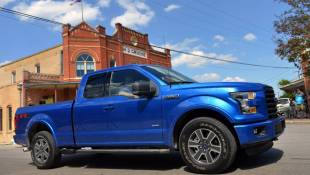 It's safe to say no full-size pickup has ever employed so much new technology in one swoop. From aerospace materials to the latest electronics and creature comforts, the Ford F-150 defends its substantial turf with more than just reputation. 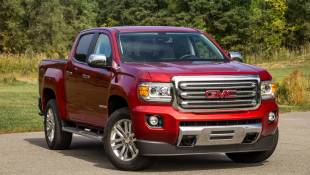 Canyon dresses more like a smaller Sierra than just another small pickup. You see the family resemblance from its bold chrome grille to the chiseled fenders, 18-inch alloy wheels, and bulging DURAMAX-branded hood.