Nothing Hoosiers Haven't Already Heard In State Of The State

Most, if not all of the education recommendations Governor Mike Pence made in his annual State of the State address Tuesday night were items Hoosiers have heard before from the lawmaker.

The governor’s speech reiterated many policy points he has revealed little by little since announcing his legislative agenda in December – including his nickname for the 2015 session of the Indiana General Assembly: the education session.

“The key to unlocking the full potential of our state is not in her factories and her fields. It is in her classrooms,” Pence said. “Let’s agree here and now that this will be an education session dedicated to improving all our schools for all our kids.”

Read more: Cheers and Jeers for Pence's Education Plans In State of The State

Here are some of the highlights:

School funding: The governor reiterated his proposal to increase tuition support by $200 million over the next two years.

Pre-k: “We will invest $10 million a year to fund scholarships for our new pre-K pilot, because every Hoosier child deserves to start school ready to learn,” Pence said.

Although Pence is referring to grant money used in the On My Way Pre-K pilot program, what he suggested tonight is different from what’s laid out in the law that established that initiative. The law only approved the program for one year – and Pence seems to be suggesting expanding the program.

The governor touted $30 million awarded in teacher bonuses last year, adding that he wants to set aside another $63 million for performance bonuses. Pence did not touch on his new program, the teacher innovation fund he’s calling “Freedom to Teach.”

Career & technical education: Pence says he wants to provide $20 million a year to create more career and vocational opportunities, with the ultimate goal of increasing the number of students graduating with an industry-recognized credential by five-fold by the year 2020.

“Let’s continue to make sure our schools work for all our students, regardless of where they want to start in life by making career and vocational education a priority in every high school again,” Pence said.

School vouchers: Pence repeated his intention to lift the cap on the dollar amount that schools in the state’s choice scholarship program receive per student, as well as raising the cap on the scholarship tax credit program. The program currently serves about 30,000 low- and middle-income kids.

Discussions on most of these items are already underway among members of the General Assembly – the 2015-16 budget session began on January 6. 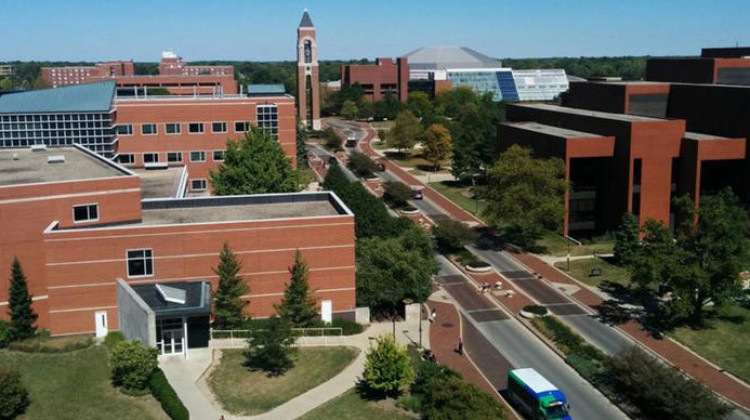 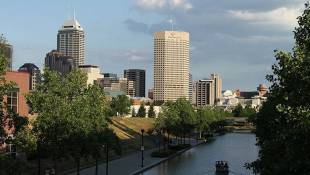 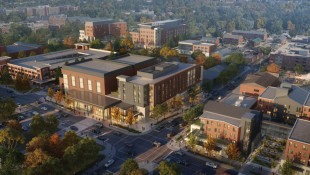 On Friday, Ball State and Fairmount Properties signed a memorandum of understanding to develop the performing arts center and Village land.

More than 100 Indiana schools are claiming they experienced interruptions when students took the online pre-test for the ISTEP Tuesday - bringing back memories of a similar experience during testing in 2013.