The University of Notre Dame is one of 27 universities in the country - and the only one in Indiana - that will have to pay a new tax on endowment income, due to changes included in the federal tax reform bill approved by Congress Wednesday.

“I just think the unusual thing about it is that for federal tax policy to identify such a small group to be taxed,” Browne said, “I mean when you think of taxation overall, it’s large groups, it’s corporations, all of them, it’s individual taxpayers, all of them.”

He says the university’s endowment supports scholarships, student aid and most of it is earmarked for specific projects. Those who donate the funds usually decide what the money is designated for.

To qualify for the estimated 1.4 percent tax, a private university has to have more than 500 students and an endowment valued at $500,000 per full-time student.

Earlier versions of the tax would have taxed colleges with smaller endowments.

Browne says Notre Dame estimates it could lose between $8 million to $10 million per year.

Tags:University of Notre Dametax reform
Support independent journalism today. You rely on WFYI to stay informed, and we depend on you to make our work possible. Donate to power our nonprofit reporting today. Give now. 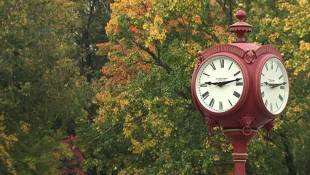 A previous version of the tax reform measure would have classified the tuition waivers students receive for research and teaching classes as taxable income.