Scott County is the epicenter of an ongoing HIV outbreak. Health officials have tracked down 153 new HIV cases just since December, the majority of which have been caused by injection drug use.

To combat the outbreak, Gov. Mike Pence authorized a temporary needle exchange in the county. Scott County officials are taking steps to legalize the exchange long-term.

Under new legislation passed just a couple weeks ago, any county in the state can go through a formal process to legalize exchanges if they can prove they're facing an HIV or hepatitis C epidemic fueled by IV drug use. And Scott County has already gotten the ball rolling.

Scott County commissioners met Wednesday to hear from local health officlals, who hope to legalize the local needle exchange program for at least a year. Currently, Pence’s emergency order allowing the exchange is set to expire May 24th. They agreed to hold a public hearing on the issue.

If commissioners decide to move forward after next week’s hearing, State Health Commissioner Jerome Adams must then declare a public health emergency for the county for the exchange to operate beyond Pence’s emergency period.

Adams is likely to follow through with an emergency order after getting the final word from Scott County.

While the number of cases continues to rise, it has slowed down, and officials hope to see it plateau soon.

Indiana health officials are also creating rate profiles for HIV and hepatitis C for all 92 counties to help local officials determine if they can take advantage of a new needle-exchange law.

State epidemiologist Pam Pontones said Wednesday the State Department of Health hopes to complete those profiles quickly to help counties decide if they have either HIV or hepatitis C outbreaks. The profiles will include intravenous drug use rates.

Scott County has taken a number of steps to combat the outbreak, and a long-term needle exchange would be the latest. A local community outreach center in Scott County has become a one-stop shop for testing, HIV treatment coordination and, insurance enrollment. Since the outbreak has been linked to injection drug use, referrals for addiction treatment are also available.

As a part of the emergency response, health workers are operating a clean needle exchange, letting drug users trade dirty needles for clean ones. Drug users can get needles at the outreach center, or through mobile units that operate in the community.

Since Gov. Mike Pence authorized the program in late March, more than 13,000 clean syringes have been distributed. 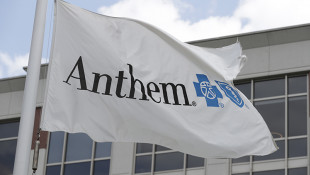