As new Indy Mayor Joe Hogsett held his first public safety summit Saturday, Richard Propes was rolling with his own message for Hogsett at Monument Circle – 122 trips around the circle, once for every child killed during the eight years under Hogsett’s predecessor, Greg Ballard.

“It’s a powerful way to say, ‘this is what we need you to do,'” Propes said. “We need to make Indianapolis a better place for children, a safe place for families. I in no way intend it as a negative slight toward Ballard, but losing 122 children is unacceptable. We’ve got to do better as a community. And we are better as a community.”

Propes is a long-time activist on behalf of children’s and victims’ rights, and he knows his fair share about trauma: a survivor of sexual abuse, he’s also a paraplegic and double amputee who was born with spina bifida. And for 26 years, he’s gone on what he calls “Tenderness Tours,” traveling by wheelchair through communities to raise awareness about child abuse and family violence. On his first trip, in 1989, he logged 1,000 miles in 41 days.

“I was going through a really rough time and trying to find a reason to go on,” Propes said. “I kind of challenged myself – and the Hoosier State – to give me a reason to keep going. Honestly, I kind of thought it would fail, that I’d hit the road and find out that people were a disappointment. And I found out just the opposite. I found kindness in every city that I visited.”

Propes does at least one “tenderness tour” each year, and he’s logged more than 4,000 miles since that first trip. He organizes an annual 5K to raise money for the Indiana Coalition Against Domestic Violence. A book author and film critic (who is a regular guest on WFYI’s "Film Soceyology” show), Propes works for the state Bureau of Developmental Disabilities Services.

Propes is hoping to raise at least $5,000 for Legacy House, an organization that helps families and survivors of trauma and violence with his "Tenderness Tour" around Monument Circle. Find out more here. 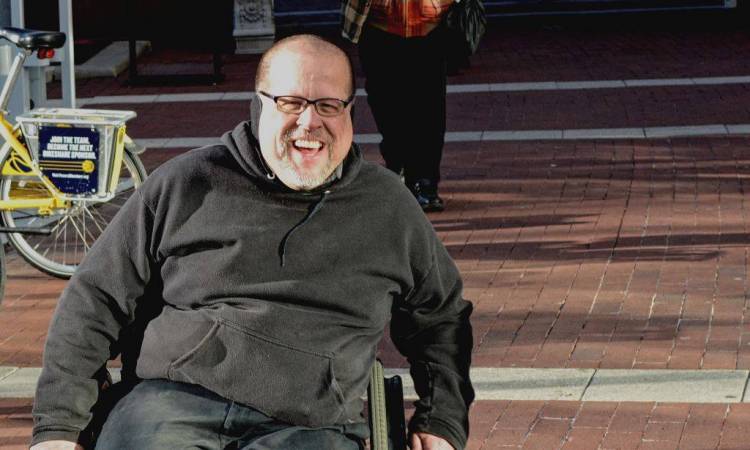 Tags:Joe Hogsettrichard propesfamily violencePublic SafetyIndianapolis
Support independent journalism today. You rely on WFYI to stay informed, and we depend on you to make our work possible. Donate to power our nonprofit reporting today. Give now. 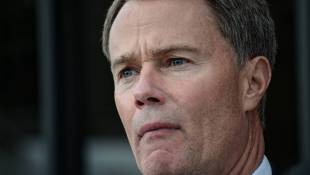 Joe Hogsett, a Democrat, was sworn in as mayor of Indianapolis Friday afternoon.