INDIANAPOLIS -- Joe Hogsett completed a long journey Friday, as he was sworn in as the next mayor of the city of Indianapolis.

Federal Judge Tonya Walton Pratt administered the 56-word oath to Hogsett, as he stood on stage at the Hilbert Circle Theatre in Monument Circle, a full crowd looking on.

In brief remarks afterward, Hogsett continued a theme from his election night victory speech, that Indianapolis is "one city, no mean city."

But the Democrat takes over a city facing crises on three fronts: soaring crime, widening budget gaps and an ever-heavier burden of poverty.

"Each of these crises is years in the making," he said. "None will be addressed in one month, or one year, or maybe not even one administration."

Solving them, Hogsett said, will take more than just him. "If we are to address all of them, it will require all of us."

Hogsett, 59, is the sixth mayor of Indianapolis under the era of UniGov. And he’ll have big shoes to fill. He replaces Republican Greg Ballard, who served two terms and then announced his retirement. He easily defeated his Republican challenger, Chuck Brewer, in the November election.

Hogsett called Indianapolis a place of people often called ordinary Midwesterns, but that they have built an extraordinary city.

"When the possibility of progress and the faith we have in the progress comes hard, we learn the true measure of our community," Hogsett said.

Hogsett began that work with a bi-partisan swearing-in ceremony along with members of the city-county council. Hogsett will have the benefit of working with a council also controlled by Democrats.

Newly-elected councilors continued the theme of unity during their swearing-ins, with president of the council, Democrat Maggie Lewis, borrowing a line from Hogsett,

"It is time to put our differences aside and do what is best for our children, our families, our neighborhoods, our city, one city," she said.

It's time, Lewis said, to cast differences aside.

Republican minority leader Mike McQuillen acknowledged moments later his party has slid into the minority. This will be the first time with a Democratic mayor and Democratic-controlled council.

He said serving is about the priorities of city residents, "with quality city services that are administered in a thoughtful, and cost-effective way."

Members from both parties were sworn in together, though a handful were absent. The council will be smaller beginning this year with just 25 members instead of 29.

Tags:Joe HogsettMayor of IndianapolisCity-County Council
Support independent journalism today. You rely on WFYI to stay informed, and we depend on you to make our work possible. Donate to power our nonprofit reporting today. Give now. 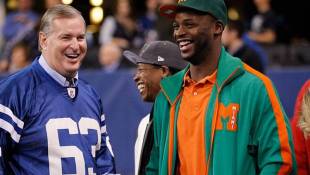 Greg Ballard is ending eight years as Indianapolis mayor on Thursday, capping a period during which he oversaw the city's hosting of the 2012 Super Bowl while also struggling with persistent violent crime problems. 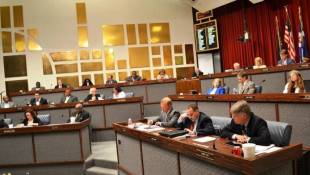 There are several municipal lawmakers leaving the ranks of the Indianapolis City-County Council at the end of this year. There are, naturally, also new names to be added.