Pastor Camping Out In Protest Of Recent Deadly Violence

INDIANAPOLIS -- An Indianapolis pastor is spending the next month in a tent. He won’t be out in the woods, but in the middle of one of the city’s most crime-ridden neighborhoods. It’s a protest of that violence.

Pastor John Girton was finally pushed over the edge when he did the funeral of a 16-year-old killed last month.

His younger brothers were sobbing. "And there was a struggle in me, because I’ve done so many funerals that I started to get to a place where it felt like routine," Girton said. "And the struggle I was having was, I didn’t want something like this to become routine."

That funeral, plus the dozen other shootings that happened in a week's time pushed Girton to the brink.

Pastor Girton is planning on spending the next month in a tent down the street from his church, Christ Missionary Baptist, at the corner of 30th and Martin Luther King Jr. streets.

He’s doing it to call attention to the recent increase in violence. He’s also trying to raise money, so his church can redevelop the corner he’ll be sleeping on into something that benefits the community.

He isn’t the first pastor to recently pull a stunt in order to protest murders. Another has been using a manikin-filled casket on the side of the road. Girton will spend the next month meeting with city officials and sharing stories of violence in between sleeping outside.

The month-long campout will begin Friday night with a prayer vigil at 6 p.m.

Girton says he isn't worried about his safety. He'll have someone else with him each night and he says he's well known in the community.

Tags:crimeJohn GirtonChrist Missionary Baptist Church
Support independent journalism today. You rely on WFYI to stay informed, and we depend on you to make our work possible. Donate to power our nonprofit reporting today. Give now. 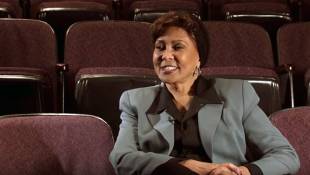 Janet Langhart Cohen returns to Indianapolis to introduce her one act play, "Anne & Emmett." It is centered on Anne Frank, who became the symbol of the Nazi Holocaust, and Emmett Till, who helped spark America's civil rights movement. His murder left a deep impression on Cohen, who also experienced racism as a child in Indianapolis.