Ed and Paula Kassig, the parents of Abdul-Rahman (Peter) Kassig, the Indianapolis native and humanitarian aid worker killed by so-called Islamic State militants asked the public Monday  to pray for both their son and the Syrian people. They also asked for privacy as they begin to mourn.

The Kassigs appeared briefly Monday at their church, Epworth United Methodist, speaking publicly for the first time since the release Sunday of a video showing the aftermath of the murder of their son. U.S. officials authenticated the video.

“Please pray for Abdul-Rahman, or Pete if that’s how you know him, at sunset this evening. Pray also for all people in Syria and Iraq and around the world who are held against their will,” said Ed Kassig.

The family also requested privacy as they begin the healing process. Paula Kassig said they’re comforted by the support they’ve received at home – and from abroad – in the past six weeks since their son’s plight became public.

“Our hearts are battered, but they will mend. The world is broken, but it will be healed in the end. And good will prevail as the one god of many names will prevail.”

Abudul-Rahman Kassig was abducted in October 2013 by Islamic militants while delivering medical supplies to civilians in northeastern Syria. A family spokeswoman says a joint Christian-Muslim prayer service is planned for some time within the next week.

Here is a full transcript of the Kassigs' remarks Monday:

"Greater love hath no man than this:  than to lay down his life for another."

A while ago, we were informed that our beloved son, Abdul-Rahman, no longer walks this earth.  Our hearts, though heavy, are held up by the love and support that has poured into our lives these last few weeks.

One of Abdul-Rahman’s teachers, the mother of some of his friends,  wrote before his slaying,

“If a person can be both a realist and an idealist, then that’s Peter.  Peter has earned the right to be both.  In 26 years, he has witnessed and experienced first hand more of the harsh realities of life than most of us can imagine.  But, rather than letting the darkness overwhelm him, he has chosen to believe in the good – in himself and in others…. Peter’s life is evidence that he’s been right all along; one person can make a difference."

Our hearts are battered, but they will mend.  The world is broken, but it will be healed in the end.  And good will prevail as the One God of many names will prevail.

Please pray for Abdul-Rahman, or Pete if that is how you knew him, at sunset this evening. Pray also for all people held against their will in Syria, Iraq, and around the world.

Lastly, please allow our family the time and privacy to mourn, cry -- and yes, forgive -- and begin to heal.

Tags:Kassig
Support independent journalism today. You rely on WFYI to stay informed, and we depend on you to make our work possible. Donate to power our nonprofit reporting today. Give now. 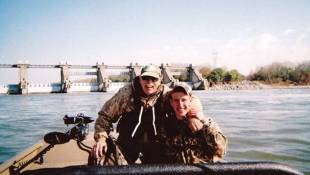 Family members of a U.S. aid worker purportedly beheaded by Islamic State group militants say they are aware of reports regarding the death of their "treasured son" but are awaiting government authentication. 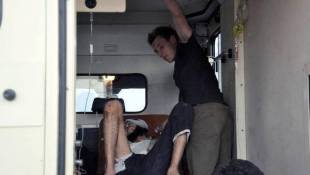 Kassig Felt Compelled To Serve Others

The U.S. government confirmed the authenticity of a video released Sunday showing the murder of Abdul-Rahman Kassig, formerly known as Peter. Family and friends say the 26-year-old felt compelled to serve others, regardless of the risk.