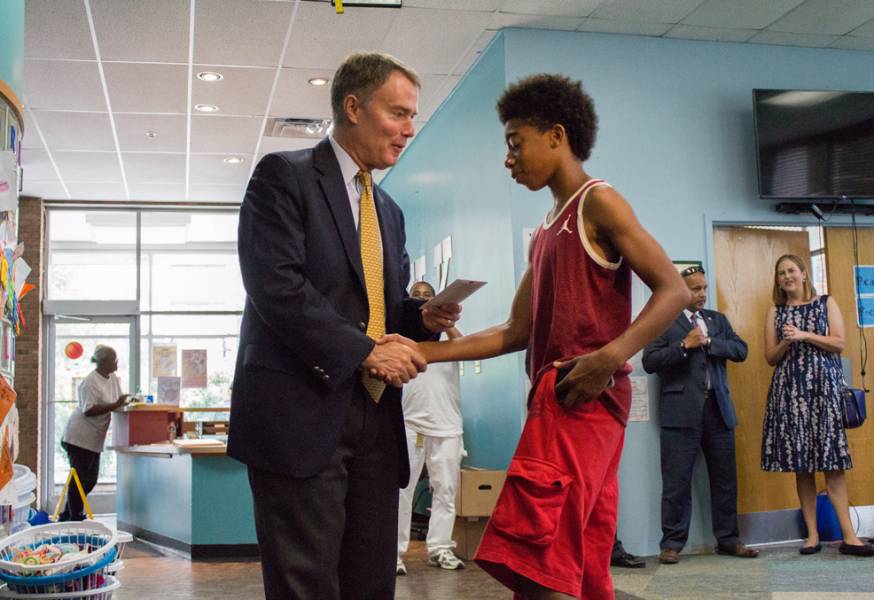 
Monday was payday for over 2,000 teenagers who got jobs through the city’s summer youth employment program.

Mayor Joe Hogsett visited one group near Tarkington Park, to hand out the checks.

He credits improved relationships with private and nonprofit organizations, as well as the city’s parks department, for the growth.

“But frankly it’s made possible because the summertimes are now six, seven, maybe eight weeks long," Hogsett says. "So it’s imminently doable, and we just need to give more people opportunities for meaningful summer employment.”

Seventeen-year-old Trinity Perry worked for five weeks, at the Martin Luther King Community Center across the street from Tarkington Park. It was her first summer job.

Perry says she plans on working again next summer.

Tags:Tarkington ParkMayor Joe HogsettProject Indysummer jobs
Support independent journalism today. You rely on WFYI to stay informed, and we depend on you to make our work possible. Donate to power our nonprofit reporting today. Give now.