About half the states in the country allow citizen-initiated referenda – where voters can put binding public questions on their ballot if they, for instance, gather enough signatures. Indiana is not one of those states. But Pelath wants it to be.

“We must give a new breath of life to citizen participation in government…the future of our institutions and our self-limiting barriers to difficult reforms demand that citizens be empowered to initiate and enact changes to our laws,” Pelath says.

House Speaker Brian Bosma (R-Indianapolis) says he’s never been in favor of widespread use of referenda.

“The referendum process, I think, puts the decision into the hands of special interests who can afford campaigns, as they do in California – they have massive campaigns there,” Bosma says.

Tags:Scott PelathIndiana Constitution2017 legislative sessioncitizen-initiated referenda
Support independent journalism today. You rely on WFYI to stay informed, and we depend on you to make our work possible. Donate to power our nonprofit reporting today. Give now. 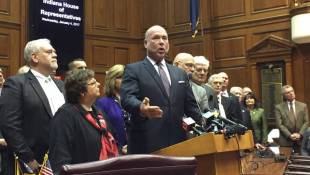 The proposed first steps would cover less than half of the state's needs. 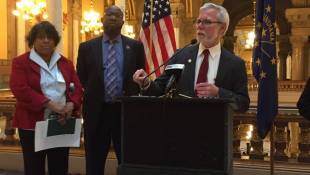