INDIANAPOLIS -- Gov. Mike Pence Thursday announced plans to invest $1 billion over the next 10 years to boost innovation and entrepreneurship in the state.

While touting Indiana’s business climate, Pence acknowledges the state could do more to support entrepreneurship.

“According to the Kaufman Foundation’s index of startup activity, Indiana today currently ranks 44th in the country in startups,” Pence says.

He says his $1 billion plan will address that. The plan does not commit $1 billion in new funding -- much of it continues current state investment in Indiana businesses.

Pence’s strategy would ask the legislature to continue spending $30 million a year in an Indiana-focused investment fund. And the plan includes the average $35 million a year the Indiana Public Retirement System, or INPRS, invests in Indiana companies. Pence encourages INPRS to increase its Hoosier-based investments to an average of about $50 million a year.

The governor also wants the General Assembly to expand an investment tax credit and appropriate $100 million for entrepreneurship education programs.

The Pence administration says the proposal aims to generate outside investment, potentially elevating the value of the overall plan.

Tags:Mike PenceIndiana economyentrepreneurship
Support independent journalism today. You rely on WFYI to stay informed, and we depend on you to make our work possible. Donate to power our nonprofit reporting today. Give now. 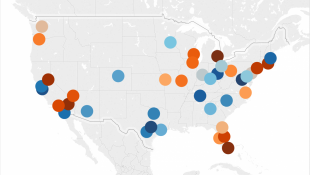 Report: Indianapolis Start-ups Growing Slower Than Most In Nation

Overall, the city's entrepreneurial growth rate saw one of the biggest drops nationwide 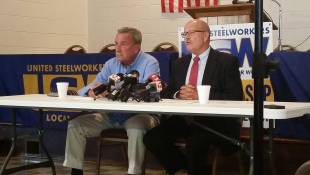 Gregg met with Indiana steelworkers Tuesday to distinguish himself from Republican incumbent Mike Pence on what's become a common issue for state and national campaigns.