Voters in Marion County rejected one school district referendum while another was easily approved, according to unofficial results Tuesday night.

Homeowners in the Franklin Township Community School Corp. decided an overhaul of the high school was not worth an increase in their property taxes. The levy was soundly defeated.

Perry Township Schools easily won its referendum that will continue the tax rate of a previous levy passed in 2015. Those funds will continue to cover the salary of hundreds of educators and staff.

A property tax increase approved by voters is not subject to the state’s property tax caps, including the 1 percent cap for homes. That means revenue generated from the additional rate on a property tax bill goes to the school district that requested the referendum.

Across the state Tuesday, voters approved seven school out of nine referendums.

The Franklin Township Schools, on the southeast side of Marion County, failed to win voter approval for a nearly $100 million property tax referendum that would have paid for school building construction.

The referendum would have generated $98.4 million over 22 years. Most of the funds would have gone toward expanding the high school and about $9.5 million would have covered construction costs at six elementary schools, as well as bond issuance costs.

School staff said the high school’s aging 50-year-old high school building, as well as the increase in enrollment, means the district needed a referendum in order to expand the district to support students.

A district spokesperson declined a request for comment Tuesday evening.

The referendum will generate $19.3 million per year — $154.4 million over eight years. This is a renewal of a previous property tax increase passed by 55 percent of voters in May 2015.

“When you're talking about the number of staff people that we have tied to our referendum dollars – teaching, as well as instructional assistants and assistant principals – it's good to know that we're not going to have to go through and notify people that they're not going to have jobs,” Mapes said. “And we're gonna be able to continue our quality programs that we have.”

Despite the win, Mapes still had concerns about a 2021 state law that changed the ballot language, and requires school districts to list the percentages about a school's average property tax revenue, which could be confusing to voters.

Unofficial results from Marion County primary election are available here. Certified vote counts will be released by May 16.

Tags:K12Perry Townshipproperty taxschool referendum2022 May PrimaryFranklin Community Schools
Support independent journalism today. You rely on WFYI to stay informed, and we depend on you to make our work possible. Donate to power our nonprofit reporting today. Give now. 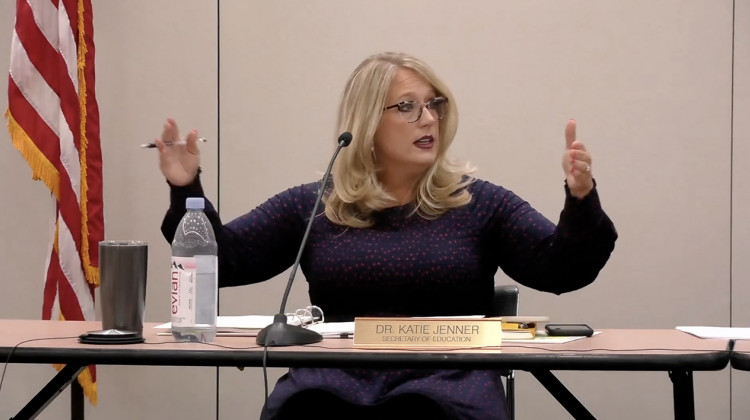