Indianapolis police have been using special trauma kits since about 2015 to save the life of an injured person before an ambulance can arrive.

They’re assembled and provided by the Central Indiana Police Foundation and include things like heavy-duty medical shears, bandages and tourniquets.

Police officers, victims of violence and alleged perpetrators' lives have been saved by these kits, according to Executive Director Lisa Rollings.

She said the use of the kits have escalated along with gun and knife violence in Indianapolis.

“Officers are the first ones on scene," she said. "Oftentimes, the EMT or the firetruck EMT can't get there as quickly. Therefore, the officers can begin treatment immediately within seconds and prolong that person's life until someone who is more advanced, skilled in the area of emergency medicine can take care of them.”

She said about 5,000 have been assembled and distributed to police officers since the program began.

Members of the Shiloh Church in Jasper, including Bill Westfall, are spearheading the effort to spread the kits to agencies in southern Indiana for the first time.

“Having a bag in a same location on the headrest of the passenger seat, and every officer knows from agency to agency that that bag is there for them should they need to access and not," he said. "So that's the uniqueness of this.”

Westfall said about 3,000 kits are needed in southern Indiana. The first 400 will be assembled by volunteers on June 2 at Shiloh Church.

He said they'll start making the kits available to police agencies in Spencer and Dubois counties first, and offer them to larger population centers like Evansville soon after. 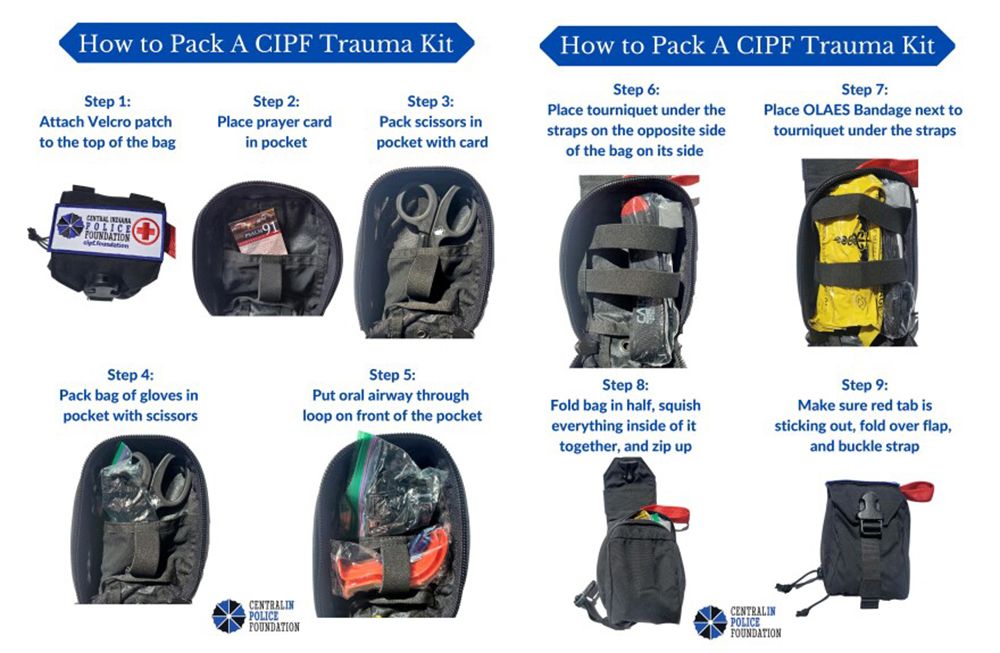 Tags:Central Indiana Police FoundationIndianapolis Metropolitan Police DepartmentPublic Safety
Support independent journalism today. You rely on WFYI to stay informed, and we depend on you to make our work possible. Donate to power our nonprofit reporting today. Give now.

Will federal money to close Indiana’s digital gap help all who need it most?

Lack of digital access is a huge economic disadvantage, in many ways laid bare during the pandemic, when almost everything had to be remote -- education, health access and job access, to name a few.
Read More