The Catholic Diocese of Fort Wayne-South Bend announced additions to its list of priests and deacons with credible allegations of abuse against them.

Michael Paquet, who served mainly in Fort Wayne, and Bruce Schutt, who served in Mishawaka, Fort Wayne and the military, have been added to the list. There are three allegations between them.

The list was originally 18 names with allegations dating back decades. In addition to two new names on the list, a previously reported priest, Elden Miller, has had more allegations made against him.

The list is made up of priests and deacons that have allegations of sexual abuse against a minor that the Diocesan review board has deemed ‘credible.’

The Diocese says it will continue to update the list as survivors come forward and their stories and are corroborated. There is a victim assistance coordinator working in the area with the church, contact information for her can be found on the Diocesan website.

Tags:Fort Wayne-South Bend Catholic Diocesesexual misconduct
Support independent journalism today. You rely on WFYI to stay informed, and we depend on you to make our work possible. Donate to power our nonprofit reporting today. Give now. 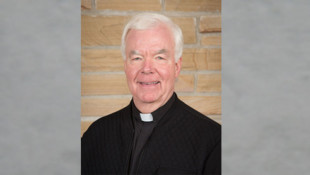 The allegation from decades ago involved an 18-year-old female "who was an adolescent when at least the emotional aspects of the relationship began."