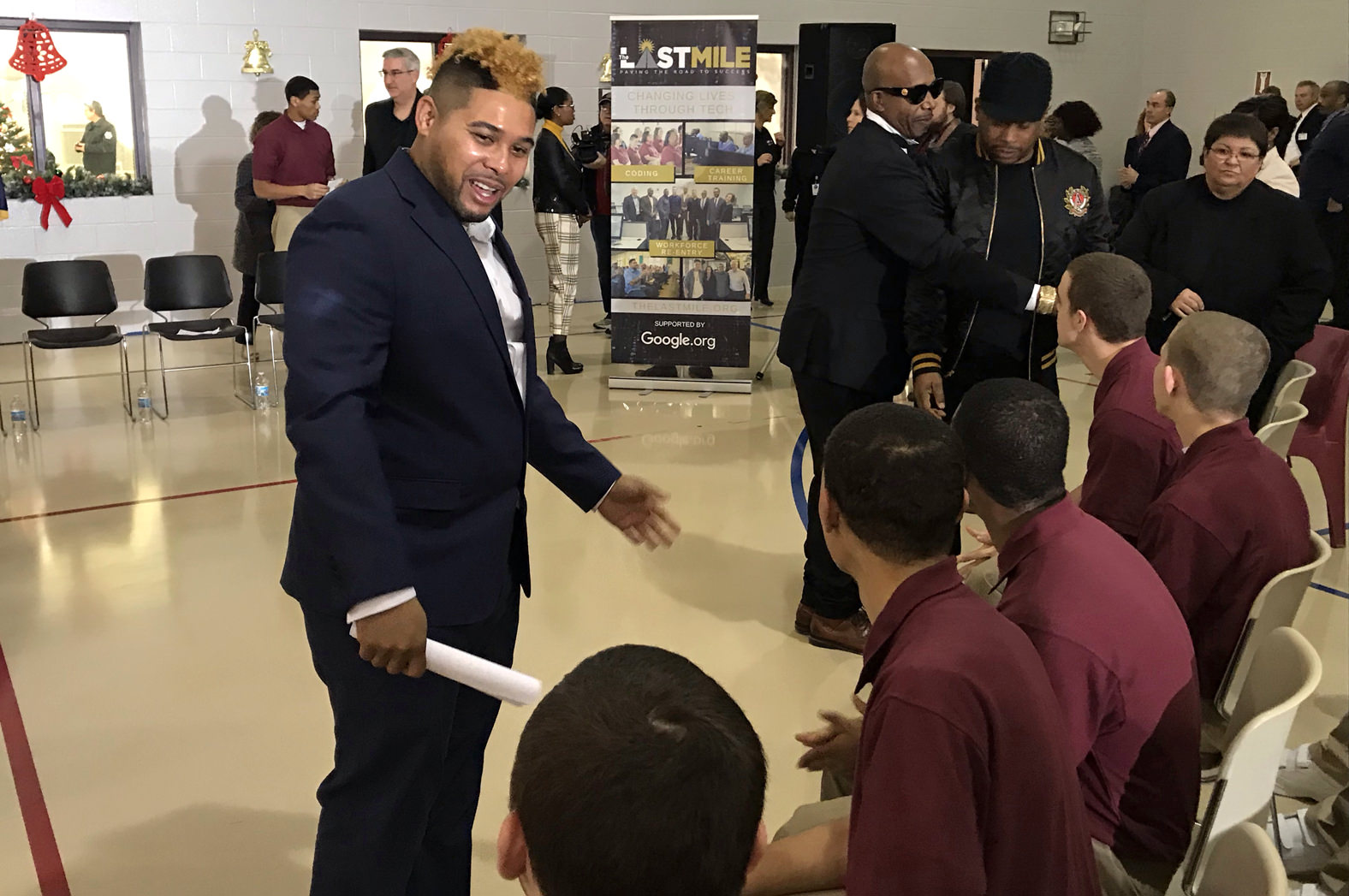 One year ago Indiana adopted a unique program that trains prisoners to become software engineers. On Tuesday, Gov. Eric Holcomb announced the program will expand, thanks to a $2 million grant from Google.

The program is called The Last Mile. It’s designed to prepare incarcerated individuals for tech jobs through virtual coding courses.

With new money from Google.org, the company’s charitable arm, it's now coming to the Pendleton Juvenile Correctional Facility east of Indianapolis.

Speakers from Google.org, The Last Mile, and The Last Mile's board of directors (including rapper MC Hammer and SiriusXM radio host Sway) joined the governor at an announcement event inside the facility.

About 15 young people from the correctional facility attended. At the end of his speech, Holcomb addressed them directly.

"Technology is scaling up and changing at such an unprecedented scale and pace," Holcomb said. "You're tapping into the skills to help pioneer that change. The very skills that Google is craving. And countless other companies are looking, anxious, eager, for you to complete this mile, this last mile, so that you can start determining your destiny."

The final speaker was Jason Jones. Jones spent over 13 years in California's San Quentin State Prison, where The Last Mile started, and was released three months ago.

He told young people in the audience that the program changed his life.

The Last Mile came to the Indiana Women’s Prison earlier this year. A portion of Google's grant money will supply that program with new computers and audio/video equipment.

Holcomb says in its initial two year period the program will help an estimated 500 men and women in the state.

Tags:The Last MilerecidivismcodingGoogle
Support independent journalism today. You rely on WFYI to stay informed, and we depend on you to make our work possible. Donate to power our nonprofit reporting today. Give now.