A new knee replacement procedure is not only improving the recovery process, but it’s helping reduce the amount of narcotics being prescribed.

The procedure, known as cryotherapy or cryoneurolysis, has only been around a couple of years.

An anesthesiologist uses a small, handheld device with three little probes to push through the skin and freeze nerves that cause pain. This typically happens a week before the surgery takes place.

Riverview Health Hospital in Noblesville has done the procedure on about 400 patients receiving total knee surgeries.

It temporarily relieves pain for up to several months, resulting in a a better recovery process.

Pieter Vreede is an anesthesiologist with Riverview Health. He says, with cryotherapy, patients need 50 to 70 percent less pain killer prescriptions after surgery.

"The vast majority of people who have addiction issues with narcotics all started out with having access to prescription medication," Vreede says.

Vreede says orthopedic surgeons are number two when it comes to prescribing narcotics, so the technology could be a game changer.

Community Health orthopedic surgeon Steve Sexson says patients who don't receive the cryotherapy procedure could be prescribed up to three or four prescriptions of 30 to 40 pills.

Sexson says Community Health is only just beginning to use the procedure on patients, but he says knee surgeries are only the tip of the iceberg.

"This is a quantum leap in technology that’s going to change a lot of things because if you can block those nerves for our surgeries, well why couldn’t you block some of the nerves that effect other surgeries," Sexson says.

Vreede says the technology is currently being studied by several hospitals.

Tags:opioid prescriptionscryotherapycryoneurolysis
At WFYI, our goal is to cover stories that matter to you. Our reporting is rooted in facts. It considers all perspectives and is available to everyone. We don't have paywalls, but we do need support. So if unbiased, trusted journalism is important to you, please join us. Donate now. 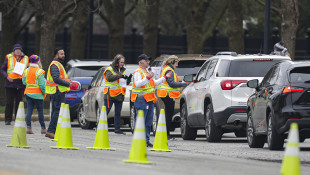 The number of COVID-19 tests available in Indiana is steadily increasing, according to state health officials, but testing services remain limited to select groups of people.
Read More 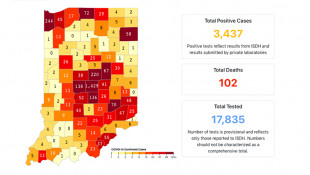 Indianapolis and the seven counties surrounding it account for 44 percent of Indianas COVID-19 deaths and more than 60 percent of its confirmed cases.
Read More