A commission that regulates pollution along the Ohio River basin isn’t giving up its authority just yet. ORSANCO — the Ohio River Valley Water Sanitation Commission — delayed its vote on whether that power is better left solely to the eight states it represents, including Indiana.

Since ORSANCO announced it would consider removing its pollution control standards, the commission received more than 5,000 comments in opposition. As a result, committee members say they need more time to review the decision.

“The public input process worked and it shows that when citizens engage in the protection of their rivers that it has a real impact with decision makers,” says Jason Flickner, the director of the environmental group the Lower Ohio River Waterkeeper.

The commission formed decades before the Clean Water Act. Some utilities and businesses say, with current state and federal laws, ORSANCO’s standards are no longer needed.

“A lot of the folks that have commented feel like even if the standards are — there are plenty of them that are redundant, it’s good to have that," says ORSANCO executive director Richard Harrison.

Harrison says the commission will have to reconcile those differences of opinion as it makes its decision. ORSANCO will discuss its pollution control standards again at its February meeting in Covington, Kentucky.

Tags:Ohio River Valley Water Sanitation CommissionORSANCOOhio Riverwater
At WFYI, our goal is to cover stories that matter to you. Our reporting is rooted in facts. It considers all perspectives and is available to everyone. We don't have paywalls, but we do need support. So if unbiased, trusted journalism is important to you, please join us. Donate now. 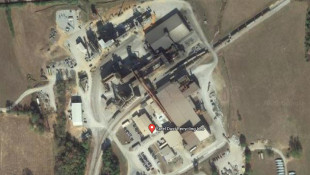