Purdue University announced a partnership with the U.S. Space Force on Wednesday.

Founded in 2019, Space Force is a branch of the U.S. Armed Forces and will oversee the military protection of “America’s space interest.” Core disciplines for the growing branch include military intelligence, orbital warfare, and space battle management.

Purdue is one of 11 universities to announce a collaboration, which will include research partnerships and expanding university Air Force ROTC programs.

Vice Chief of Space Operations General David Thompson said Space Force will fund scholarships for ROTC students in degree programs from which the branch is interested in recruiting.

“The rest of the relationship I can’t put into specific dollar figures,” he said. “But as you can imagine, as we grow our research opportunities and research collaboration, that will come with additional research dollars.” 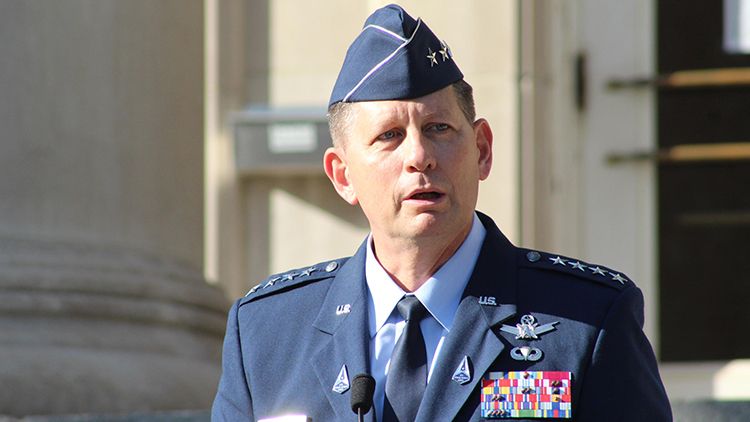 Thompson said the research partnerships will expand on existing relationships, such as the one Purdue has with NASA, making it an “evolution more than a revolution.”

“Fundamentally it’s not different,” he said. “We, the Space Force, are very small and focused and so we’ve chosen to do this with a select group of universities on a larger scale.”

“We are eager to serve the national security interest of this country any way we are asked to do so,” he said. “We’re expanding our capacity. We’re about to do more classified work than Purdue ever has.”

“It’s a new domain of space -- we all wish it was going to be peaceful forever, but some of our adversaries have different ideas,” Daniels said. “Where we have special competence on this campus we believe we have an opportunity and obligation to step forward when called upon.”

Daniels balked when asked by reporters whether the university was becoming too involved in national defense and military research.

“We are a public university. National security and the defense of all of us is the number one assignment of government whatever else it does,” he said. “If we can help in any way -- clearly we’re in a position to help, and it’s not just an appropriate thing to do, it’s an obligation, it’s a duty, and we will meet it.”

Tags:Purdue UniversityU.S. Space Force
Support independent journalism today. You rely on WFYI to stay informed, and we depend on you to make our work possible. Donate to power our nonprofit reporting today. Give now.

Purdue University is bringing the author of "Unsettled: What Climate Science Tells Us, What it Doesn’t and Why it Matters" -- a recently published book criticizing how climate reports are communicated to the public -- to campus Tuesday, as part of the fall Presidential Lecture Series.
Read More