Purdue Researchers Work To Put A Refrigerator In Space

Everything from Lego figures, chimpanzees, and even pizza have successfully made it into space but Purdue University researchers are trying to crack a mystery that has long plagued NASA: how to make a refrigerator work in zero gravity.

Some NASA officials say cold food storage is one of the biggest hurdles for long-term space missions.

In a lab on the campus of Purdue University, researcher Leon Brendel pulled the pin out of a refrigerator that had been elevated on a big, metal frame.

Now, he can spin the refrigerator around - even tipping it upside down.

The goal here is to test how their refrigeration system works when spun around on Earth - a crude approximation of what it would be like to have a fridge in space where there is no up, down, or sideways.

Brendel said since at least the 1980s, NASA has made several attempts to get a fridge system similar to those used on Earth working in space, with varying levels of success. One effort in the 2000s was sent to the International Space Station and failed soon after being turned on in zero gravity. 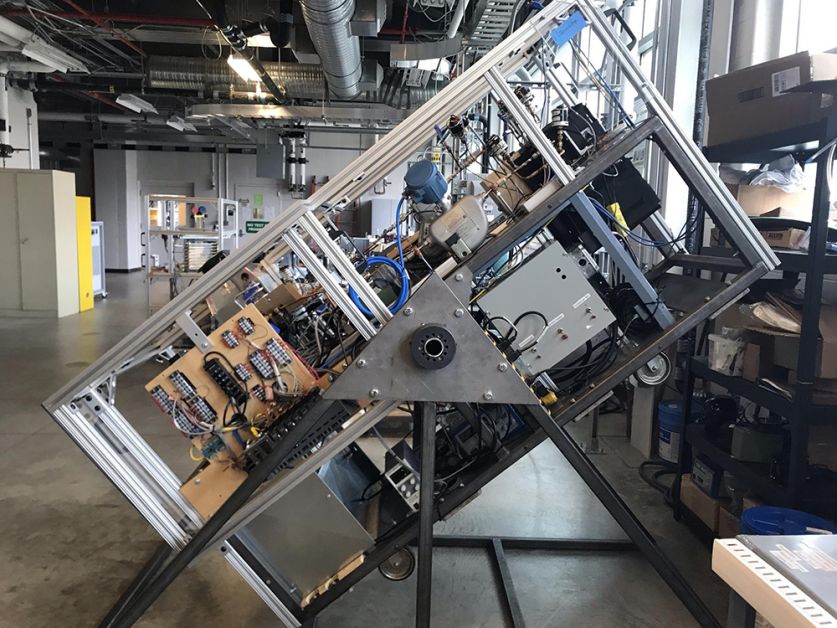 “That was a very unsuccessful project,” Brendel said. “In the meantime that thing has been literally tossed overboard of the International Space Station because it just did not provide any cooling.”

There are some options for keeping things cool on the space station - but those are largely used for science experiments and aren’t efficient enough for keeping food frozen on long missions.

There is, according to Brendel, one Earth-type refrigeration system on the Russian side of the space station but not much is known about it.

“It’s built by the Russians and there’s little documentation available about that,” he said.

What makes earthbound refrigerators hard to translate to space is their use of oil as a lubricant. That oil relies on gravity to keep it where it needs to be.

Stephen Caskey is an engineer with Air Squared, Purdue’s industry partner on the research project. He said oil is one of the reasons after say - moving a fridge - you have to let it sit before turning it on so you can let the oil find its way to the bottom, where the compressor is located.

“That’s normally why this black looking device, this mechanical looking device, is at the bottom of your fridge,” he said. “So that it helps, gravity helps keep oil in that compressor. This is part of that orientation dependence.”

The fridge developed by Purdue, Air Squared, and Whirlpool Corporation is oil-free, instead using a grease to keep the machine lubricated.

And Caskey said relative to the other cooling systems currently in use - their fridge system would be able to stay cold while using less energy.

“The advantage is we can achieve much colder temperatures and we can do it with what’s called a coefficient of performance,” he said. “Your fridge at home if I give it one unit of electricity I can get two or three units of cooling - so I get a multiplier.”

In order to test their fridge system, Leon Brendal and Purdue professor Eckhard Groll took their fridge onto a plane that performed parabolas - flying up and suddenly dropping over three miles in about 20 seconds - approximating a zero gravity environment. 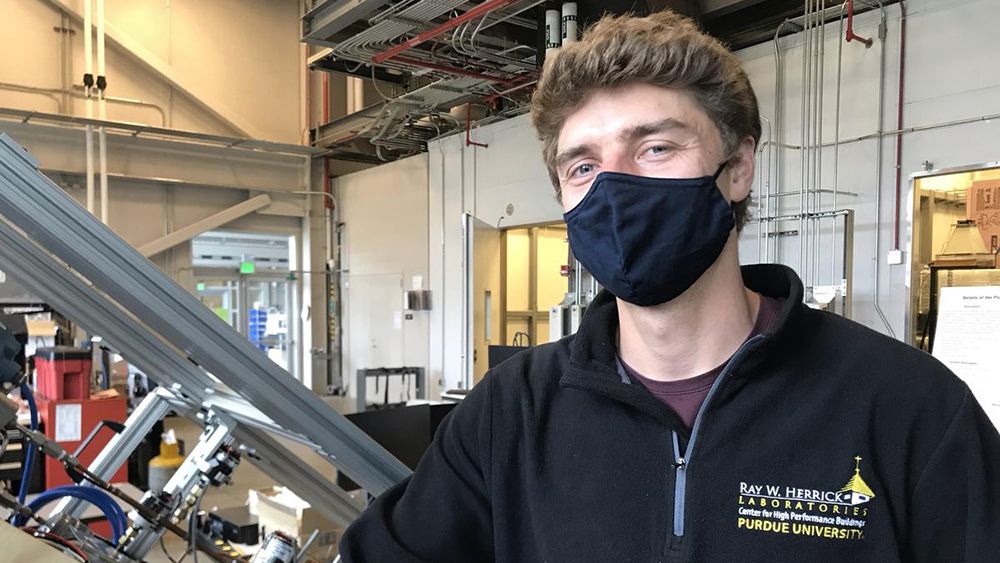 Professor Groll said they had to use those brief moments to see how their fridge system reacted to zero gravity.

“We’re taking all these measurements in zero gravity,” he said. “Does it still perform the way it’s supposed to be at zero gravity? What changes can we observe and what do we need to watch out for.”

In videos of the test, the Purdue team scrambles to take measurements during the 20 second free fall while everything around them begins to float.

Groll said the team is still analyzing the data from those tests, but their fridge shows promise.

“We were trying to find stable operating conditions where gravity has zero impact. That’s what we ultimately wanted to prove,” he said.

All of this is important, because right now astronauts rely primarily on shelf-stable food, dry goods or canned foods, which last somewhere between one and three years. That’s long enough for trips to the moon or stints on the space station where they can receive regular resupplies, but not nearly long enough for a trip to Mars.

“Refrigeration takes a lot of resources in a resource- restricted environment,” said Grace Douglas, the lead scientist of Advanced Food Technology for NASA.

“Refrigeration could increase the shelf life for some foods and some nutrients,” she said. “We’re trying to figure out how long that could be right now. We really want a five year shelf life.”

Having a stable fridge system that can keep food frozen is vital, according to Douglas, because if something went wrong with a resupply mission there needs to be enough food stored on board to last astronauts.

And, even if NASA can get a working refrigeration system into space, Douglas said early missions are still likely to send shelf-stable foods.

Douglas also said, especially on long missions, food is important not only for nutrition but also because it can be an astronaut's connection back to Earth.

“And it will become more important with distance from Earth,” she said. “As Earth becomes smaller and smaller and they don’t have that beautiful Earth view, having food that they can choose from that is familiar, that is the only thing sometimes that can provide that familiarity to earth and a comfort from their normal everyday routine.”

If the parabolic experiments show that the fridge system worked well, researchers say the next step will be a long-term test of the fridge on the International Space Station.

CLARIFICATION: This story has been updated to include the Whirlpool Corporation as a project partner, and to reflect that the fridge system will be more energy efficient than existing cooling systems - not necessarily colder.

Tags:Purdue UniversityNASAspace exploration
Support independent journalism today. You rely on WFYI to stay informed, and we depend on you to make our work possible. Donate to power our nonprofit reporting today. Give now.