The man who served as one of the first African American mayors of a large U.S. city died Dec. 13.  Richard Hatcher spent 20 years leading Gary, Indiana, once known as the City of the Century.

It attracted throngs of European immigrants and southern blacks to work in its giant steel mills. The two groups often didn’t get along. But Hatcher tried to change that.

Tags:Richard HatcherGary
At WFYI, our goal is to cover stories that matter to you. Our reporting is rooted in facts. It considers all perspectives and is available to everyone. We don't have paywalls, but we do need support. So if unbiased, trusted journalism is important to you, please join us. Donate now. 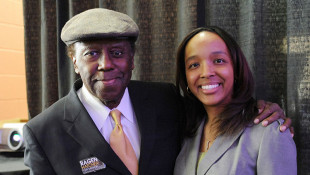