A new report shows Indiana girls lag behind their peers in other states when it comes to health and well-being. The State of Girls report analyzes data for more than 568,000 Hoosier girls.

Girls between the ages of 5-17 who live in Indiana are more likely to live in poverty, have emotional issues or be obese than others around the nation. Indiana ranks 34th for girls in the latest report prepared by The Girl Scout Research Institute.

“We find that the girls who are having the greatest issues and the greatest not recovery are coming from neighborhoods, areas and families that are economically challenged,” says Hearn Smith.

This is the second such report; the first came out in 2007, when Indiana ranked 30th.  Hearns Smith says health measures are connected to outcomes.

“Well-being, healthy food, activity, obesity in Indiana for girls which means a rise in a lot of related health issues,” says Hearn Smith.

Hearn Smith says policy makers and others who work with children can use the data to employ more holistic approaches to well-being.

“It’s health care, it’s preschool it’s all those preventative things that cost money but they are really an investment in our future as opposed to an expense,” says Hearn Smith.

Areas where Indiana is doing better include academic achievement and health care coverage.

Tags:mental healthChild PovertyThe State of Girls reportGirl Scouts of Central IndianaThe Girl Scout Research Institute
Support independent journalism today. You rely on WFYI to stay informed, and we depend on you to make our work possible. Donate to power our nonprofit reporting today. Give now. 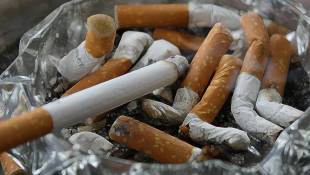 Youth Survey Finds Vaping, Tobacco And Drug Use Down

The Youth Survey from the Indiana University's Indiana Prevention Resource Center analyzed answers from more than 126,000 Hoosier students - sixth to 12th grade - at 409 schools around the state.