The American Association of University Women’s 2018 gender pay gap report ranks Indiana 49th out the 50 states and the District of Colombia.

“What we saw overall with the new census data that came out that it’s just a sad reminder that the pay gap is stagnant and persistent and it’s been essentially flat to last year remaining at 20 cents nationwide,” says CEO Kimberly Churches. “And that means the gap has sadly only really changes by about a nickel in the past two decades.”

For Indiana, the data indicates a Hoosier woman makes about 73 cents for every $1 a man earns.

“If you add up the wages of all the men and all the women in Indiana, divide it by the number of men and women working, there’s a gender pay gap that looks pretty bad; 75 percent,” he says. “When you compare people in the same occupation with the same educational attainment, who’ve been working the same number of years, that pay gap largely disappears.”

Churches says lawmakers need to step up and create policies to close the gap, something she says Indiana has failed to do.

“It’s some of the weakest state equal pay laws,” says Churches. “There’s a lot of things that could be passed and should be raised as perspective bills in Indiana.”

“The gender pay gap is not caused by public policy,” says Hicks. “It’s caused by the choices that men and women make about careers at different times in their lives.”

He suggests states could focus on making sure men and women both have equal access to, and interest in, all occupations. But Churches says the gender pay gap is real and will increasingly hurt Hoosiers if it’s not closed.

“The consequences of not moving towards parity, means stronger inequities,” she says. “It means less economic security for our families.”

The U.S Department of Labor says women have accounted for more than half of the nation’s workforce growth over the last 10 years, but women still make up only 47 percent of the entire workforce.

Tags:gender wage gap
At WFYI, our goal is to cover stories that matter to you. Our reporting is rooted in facts. It considers all perspectives and is available to everyone. We don't have paywalls, but we do need support. So if unbiased, trusted journalism is important to you, please join us. Donate now.

Barring a last-minute curveball from the federal courts, Indiana will be one of only four states without expanded vote-by-mail for the 2020 general election, amid an ongoing pandemic, but advocates haven't given up on the fight
Read More 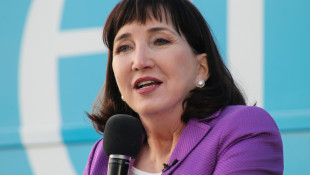