Most on the roads task force concur – Indiana needs to raise its fuel taxes for the first time since 2003. And many believe part of that plan should include regular, automatic increases, based on something like inflation or the consumer price index.

“Your constituents’ lives and pocketbooks are who you’re affecting, so to raise taxes is very difficult,” Ferguson says. “We would argue to make it easy is the opposite of what we should be doing.”

Ferguson adds any increase should be voted on each year by the legislature.

“I’m going to have to think through whether or not that’s a real problem or not. I felt like the indexing was something that was just going to flow automatically,” Kenley says.

Ferguson says, if the legislature decides to index fuel taxes, the increases should be tied solely to fluctuating gas prices.

Tags:taxesroadsgas tax
Support independent journalism today. You rely on WFYI to stay informed, and we depend on you to make our work possible. Donate to power our nonprofit reporting today. Give now. 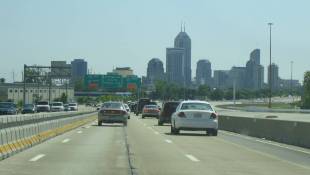 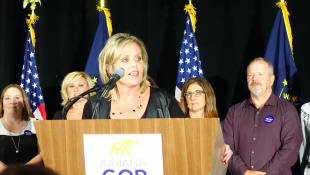 State Superintendent-elect Jennifer McCormick's transition team has begun holding meetings. The 17-member team will help McCormick assemble a leadership cabinet at the Department of Education before she takes office on Jan. 9, 2017.