Director of strategic initiatives at Reid Hospital, Lisa Suttle, says a few years ago staff at in Richmond noticed a trend.

“We actually knew something was going on because our nurses are so good about picking up on those things,” says Suttle. “Once we started doing the testing, it became very apparent that we have a problem.”

At Reid Hospital, nurses and volunteers help by rocking newborns that are suffering from or being monitored for withdraw symptoms.

“It’s something we work hard to decrease their stimulation,” says Nicholson. “Even with that, there are still babies that are constantly crying, and you can just tell that they are in pain.”

Reid Hospital had to adapt quickly, and director of Women and Children Service Line Kelly Beall says they’re seeing progress. Especially in interventions before delivery, including counseling and treatment.

“That mom does not want to do this to this child, to themselves,” says Beall. “If there is someone on the other side who is their cheerleader, that helps moms feel like they can do it and get over this addiction.”

But there are only a few places for these women to get help in Indiana. This problem is widely acknowledged. And this legislative session, two bills were introduced to help fund and establish more resources.

Fresh Start Recovery Center run by Volunteers of America in Indianapolis is one the current centers. Executive vice president, Shannon Schumacher says the program is intensive.

“The moms are in recovery, and they’re also receiving 24-7 parenting classes, interventions. You can imagine how difficult it is with newborns and then working on your recovery simultaneously,” says Schumacher.

The 15 women at Fresh Start Recovery Center were referred to this recovery center by the Department of Child Services, or DCS, because they have previous DCS cases.

“So that baby can be under our care when she is in treatment and doesn’t have to go to foster care, doesn’t have to have out of home placement,” Schumacher says. “Because, believe me, if mom looses custody of that baby, the likelihood that she is going to have the motivation to quit at that point is very unlikely.”

They only have 15 beds, and there are currently 80 women on the waiting list. Newborns and children under 5 live here with their moms.

“One of the amazing things we see is that when the mom has her baby with her, the success rate is skyrocketing. We’re seeing 61 percent of the women with their babies here successfully completing the program,” Schumacher says.

And many of them, in this Indianapolis clinic, come from rural counties.

“When we go into the counties, it’s devastating. Some of these towns are just devastated by this opioid epidemic, and people want to get help. But there’s not a lot of resources for them,” says Schumacher.

She has been working to expand services, and Fresh Start recently announced plans to open a new center in Winchester, in eastern Indiana.

Both bills that aim to provide more resources for pregnant women who are addicted have passed out of the Senate and are headed to the House.

Tags:opioidsdrug addictionneonatal abstinence syndromeopioid withdrawal
At WFYI, our goal is to cover stories that matter to you. Our reporting is rooted in facts. It considers all perspectives and is available to everyone. We don't have paywalls, but we do need support. So if unbiased, trusted journalism is important to you, please join us. Donate now. 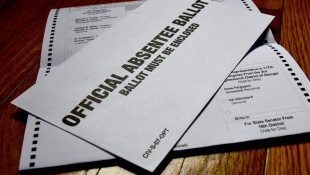 The Indiana State Department of Health reported 142 additional confirmed deaths over the last week, bringing the state's total to 3,704 the largest reported in a single week since the late May.
Read More 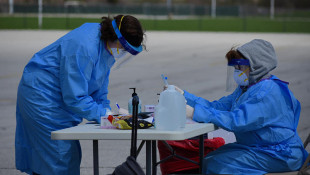