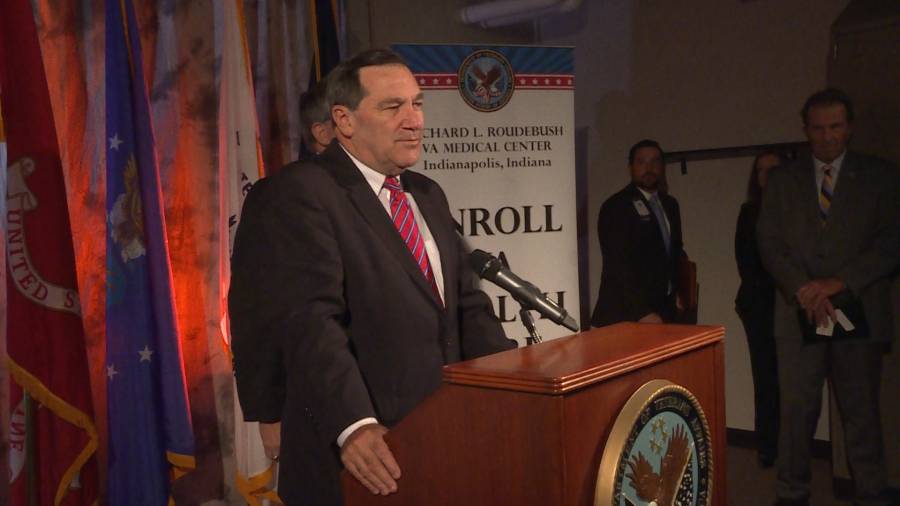 U.S. Senator Joe Donnelly says significant progress has been made on suicide hotline services for veterans in Indiana. (Photo by Drew Daudelin)


U.S. Senator Joe Donnelly visited the Roudebush VA Medical Center in Indianapolis Monday and met with veterans and doctors. He says the Department of Veterans Affairs needs to address systemic shortcomings at the local and national level.

Donnelly says when he visited Roudebush last year, suicide hotline services could not handle the volume of calls coming in, and veterans would often get transferred to a national center.

But he says significant progress has been made.

“We have now doubled the facilities that we have, and the ability to pick up calls,” Donnelly says.

The visit comes one month after the senator questioned the hospital about a report showing nearly $1 million in lost equipment.

Hospital director Brian Hancock says much of that equipment was actually on site, but appeared to be missing because of defective technology.

Hancock says the facility is looking into alternatives, but didn’t give specifics.

Tags:Veterans AffairsJoe DonnellyRoudebush VA Hospitalsuicide hotline
Support independent journalism today. You rely on WFYI to stay informed, and we depend on you to make our work possible. Donate to power our nonprofit reporting today. Give now.