The Senate version of the proposed K-12 funding plan dials back school choice programs favored by the House and increases funding for students in poverty.

It’s part of the Senate’s overall effort to double the amount of new dollars for K-12 spending at $875 million compared to the House’s $438 million proposed increase. Total K-12 support for the two-year budget is set at $15.4 billion, or 50 percent of the state’s total general fund spending.

The draft, released Thursday during the Senate Appropriations Committee, would increase per student funding by $408 million over the biennium. That would be $92 million, or 1.2 percent, during the first year and $316 million, or 4.2 percent in the second year.

During a hearing last month, school leaders from across the state decried the House’s plan to flatline additional funds for students in poverty, known as the complexity index. The money helps cover additional support in the classroom – for example, for students learning English and wraparound services.

The Senate’s version would boost those funds by $55 million. It also increases the dollars over two years for special education by $196 million and $10 million for the non-English speaking program.

“And so we felt it was important to put some more dollars toward that,” Bassler said.

Fewer dollars are going to school choice efforts. The Senate’s plan comes in below the funding increases sought by the House for private school vouchers, charter school grants and other programs.

The Senate is asking for just $3 million to create the controversial education savings account program for families of special education students. They could request to receive a portion of state-funding to spend on education services instead of enrolling in a public school. The House budget seeks $19 million for the program, and would also include state funding to military families and foster children.

The House had sought to expand the program even further by allowing in families at 300 percent of the meal program income levels. That would mean a family of four with an annual income around $145,000 would be eligible. The state’s median family income is nearly $74,000.

The Senate proposal, like the House plan, also sets funding for tuition and fees to 90 percent of the base per student funding and removes 50 percent and 70 percent voucher awards.

Bassler, who said he was not yet sure how much the changes to the voucher program would cost, said the Senate's proposed increase to the income eligibility levels just seemed reasonable.

“I don't know if there's ever an exactly right answer on a lot of the things we deal with,” he told reporters during a Thursday morning briefing. “We felt that it was reasonable to increase and that we want to maybe look at a more modest increase.”

Senate Assistant Democratic Leader Eddie Melton (D-Gary) and others in the caucus attempted to amend the budget, but were voted down during the committee meeting. They sought to block the creation of the education savings account program and make additional funds available for teacher raises.

“All we want is for our budget to include a more equitable funding formula that doesn’t divert money away from public schools in favor of voucher and virtual programs. Our public schools educate over 90 percent of our students,” Melton said. “There’s just no reason why they should get less than 90 percent of the new funding going into the formula.”

In higher education, state colleges and universities would get funding restored in the first year of the new state budget after cuts made during the COVID-19 pandemic. In the budget’s second year, those higher education institutions would receive a 2 percent increase.

Sen. Karen Tallian (D-Ogden Dunes), though, is frustrated that the Senate Republican budget only pays off existing capital debt for colleges and universities.

“We are paying off at cheap dollars, cheap interest rates and yet they’ve allowed no [new] university capital projects,” Tallian said.

Ongoing state tax revenue is still recovering from the pandemic. But state budget reserves are back at full strength – and that’s what Senate Republicans want to use for a variety of programs. That includes paying down state debt and a cost-of-living increase for public retirees (the first time that’s happened in many years).

“To do it wasn’t so much for the revenue as the parity – to tell these kids it’s dangerous, kinda have parity with tobacco,” Mishler said.

He did not include, however, an increase to the cigarette tax. Tallian said health advocates have pushed for that for years.

The Senate Republican state budget plan begins to spend some of the $3 billion in new federal COVID-19 relief coming to Indiana.

The proposal would spend more than $800 million in federal dollars on programs ranging from $40 million for police body cameras to $160 million for water and transportation infrastructure and $250 million in broadband expansion.

Mishler said he doesn’t want the state to spend all of the new federal money right away.

“We may have some issues we don’t even know about coming down the road and so I think the responsible thing to do is hold on to some of that,” Mishler said.

Melton would like to see federal money used to help Hoosier teachers.

“Freeing up new dollars by leveraging some of the federal funding will allow our locals to increase teacher pay,” Melton said.

Lawmakers will finalize a new state budget over the next two weeks.

Tags:2021 legislative sessionstate budgeteducation fundingschool vouchers
Support independent journalism today. You rely on WFYI to stay informed, and we depend on you to make our work possible. Donate to power our nonprofit reporting today. Give now. 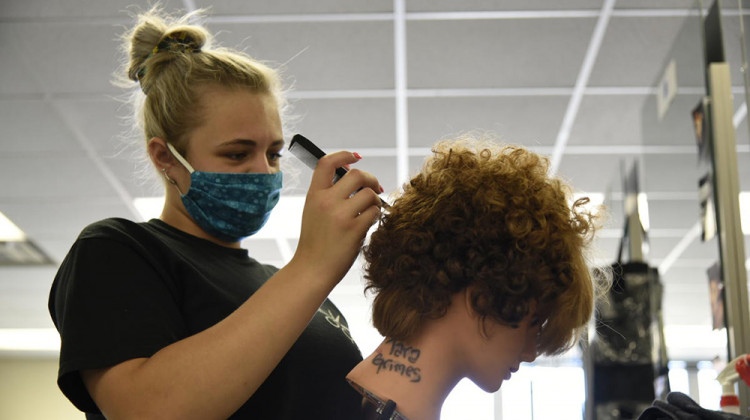 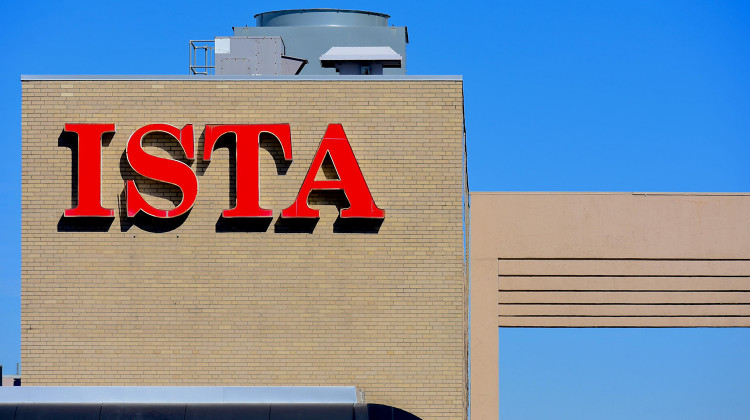 The bill was amended and passed out of a Senate committee last week, and will next go to the House for vote.
Read More