INDIANAPOLIS (AP) — The state of Indiana would further insert itself into the management of local schools under a sweeping piece of legislation that would allow Ball State University to take over Muncie schools and render Gary's elected school board effectively powerless.

"Who knows how long it's going to take to right this sinking ship? But this is not a ship that the current management can, or quite frankly, has the ability to (right)," said Republican Fort Wayne Sen. Liz Brown, who described Muncie schools during a committee hearing Thursday as "a cesspool that didn't happen overnight."

The bill by House Ways and Means Committee Chairman Tim Brown, a Crawfordsville Republican, comes after the GOP-led Legislature last year passed legislation that already led to the appointment of emergency managers who have broad control over the districts.

Both districts were previously overseen by local officials who mismanaged money. Gary is more than $100 million in debt, while Muncie misspent a $10 million bond and had a negative cash balance last year of $18 million.

Opponents — including Democrats — say the bill would set a precedent that could lead to the state takeover of other schools and would disenfranchise voters who have elected school boards that would be stripped of power.

The bill has already been approved by the House and was advanced by a key Senate committee on Thursday on a 9-4 vote, with Democrats opposed. It now heads to the full Senate for consideration.

Across Indiana, a combination of declining enrolments, decreased property values, voter-approved property tax caps and legislative changes to school funding has made it hard for many districts to stay afloat. In some cases, voters have rejected referendums to increase property taxes, or the measures haven't raised enough money. In others, a history of fiscal mismanagement has turned a bad situation worse.

In Indiana, school funding follows the student. Advocates have long argued that the state's expansive charter and voucher schools programs reroute funding that traditionally went to public schools toward charter schools or religious school tuition covered under the state's voucher program. Students can also opt to attend public schools in a neighboring district, with the money following them.

Democratic Sen. Karen Tallian said the emergency manager appointed to oversee Muncie schools last summer hasn't been given enough time. Improvements are being made and a turnaround can't happen overnight, she said.

"We can't keep changing the rules every six months and expect good things to happen," said Tallian, of Portage.

She's compiled a list of schools with middling performance, declining enrolment and increasing debt that she thinks could soon face the same troubles.

Muncie School board member Jason Donati said he's not necessarily opposed to Ball State taking over. He said local residents seem to be evenly split on the idea, but he added that the Legislature is moving fast on the plan without much local input.

"Let the emergency manager continue to work on the financial stuff for the next year or two," he said. "But that's not how it's being done. It's been fast-tracked."

Muncie schools would be taken over in perpetuity under the bill, which would also exempt Ball State from having to follow many of the state's laws governing school management. That includes recognizing collective bargaining rights of teachers, which Ball State would have the option of doing away with when it comes time to negotiate future contracts.

In Gary, the elected school board, which has already been significantly stripped of power, would be made an "advisory" board that is barred from holding public meetings more than four times a year.

Tags:Ball State UniversitySchool FundingGary Community School Corp.Muncie Community Schools
Support independent journalism today. You rely on WFYI to stay informed, and we depend on you to make our work possible. Donate to power our nonprofit reporting today. Give now. 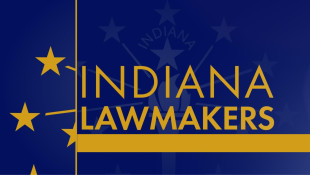