Senate Enrolled Act 148 was opposed by a large coalition of housing rights advocates who said it would negatively impact renters across the state and increase evictions.  Fair Housing of Central Indiana Executive Director Amy Nelson said the far-reaching language in the legislation is a major objection.

“It’s such an unknown as to how broad and damaging this impact could be,” Nelson said.

The legislation passed both chambers of the Indiana Legislature last spring, just as the COVID-19 pandemic was beginning. Republicans said it was necessary to create uniformity among state and local laws. But in his explanation of the veto last year, Holcomb said the language was too broad and that it was “not the right time” for it to become law.

“He said I believe this is not the right time for such language to become law and he was talking about the fact that we are right in the middle of an emergency,” Sen. Tim Lanane (D-Anderson) said.

The last minute language was added to another bill last year and seemed to target ordinances adopted in Indianapolis seeking to increase tenant rights and fine bad-acting landlords.

“With no opportunity for the public to participate, or listen, or offer their voice or perspective in the process,” he said.

“Folks this matters, I mean there are a lot of landlords that are hurting,” Freeman said.

In a written statement Holcomb said he still believes now is not the right time for the law.

“While I obviously disagree with their decision to override my veto, I hope the General Assembly will take a careful look at how this new law will effect local residents and units of government,” Holcomb said.

With the passage complete in the Senate, a simple majority vote in the House will overturn the veto.

Tags:evictionrenters rights2021 legislative sessionIndiana Senateveto override
Support independent journalism today. You rely on WFYI to stay informed, and we depend on you to make our work possible. Donate to power our nonprofit reporting today. Give now. 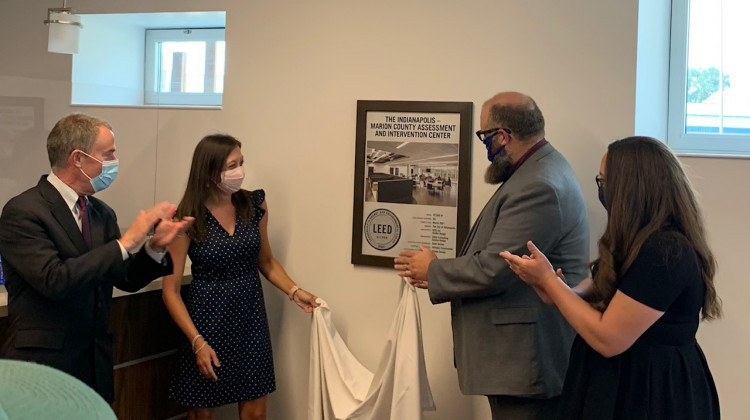