Indiana gas prices have been steadily increasing over the past couple weeks. According to AAA, Indiana has felt the biggest increase in gas prices – about 66 cents a gallon -- since the beginning of the year.

“Specifically in the Midwest and the Great Lakes Region, we tend to see the most volatile gas prices in the country,” Seiter says. “Unfortunately, at this time of the year, this is really going to be a rollercoaster ride for us.”

Part of that increase would be due to crude oil prices having gone up.

“Crude oil has gone up, in November it was $50 a barrel, today it’s over $70 a barrel, so that’s $20 a barrel just since November; and a lot of that in the last few weeks,”  says Purdue University economist Wally Tyner. “For every $2 crude oil goes up, gasoline goes up a nickel. So with a $20 increase in crude oil, that’s 50 cents at the pump right there.”

Tyner says another part of the price hike can be traced to the switch from gasoline’s winter blend to summer blend.

“Summer gasoline is more expensive than winter gasoline because it has to be made so that it evaporates less in the heat and that costs refiners about a nickel a gallon; and they pass that nickel a gallon right on to us,” Tyner says.

Tyner sees gas prices 40 to 50 cents higher than last summer, ranging between $2.70 and $3.15 a gallon if things continue the way they seem to be going now. The statewide average for a gallon of regular unleaded gas according to AAA is currently $2.85.

“Summer travel indications are very strong; Memorial Day travel is expected to be extremely strong,” Seiter says. “Certainly while Hoosiers do not like where prices are currently, and the trends that we’re seeing, they don’t seem to be at a level yet at which it’s causing people to rethink their travel plans for the summer.”

He also wants to caution people on trusting sources that try to predict specific prices.

“Do not listen to those,” says Seiter. “There is no one on the face of this planet who can with any certainty that could predict gas prices even from one week the next. So all of that is speculatory.”

Seiter recommends if you want to get a feel for what the gasoline market might do is watch the crude oil pricing on the futures trading market.

Tags:gasolinetransportationgas pricesAAA Hoosier Motor Club
Support independent journalism today. You rely on WFYI to stay informed, and we depend on you to make our work possible. Donate to power our nonprofit reporting today. Give now. 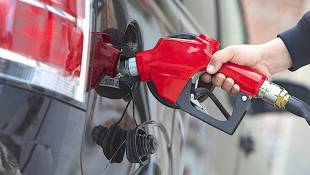