Some Teachers To Quit At School 19 After 'Innovation' Status Approved

One teacher said he would quit if it were approved.

Another teacher said, without it, she would not receive needed professional development.

In the end, Frederick Douglass SUPER School 19 became the newest innovation network school at the Indianapolis Public Schools District. The IPS Board approved the change Thursday night, narrowly, after intense debate from the public and the school staff.

Principal John McClure was able to convince a majority of the IPS commissioners that he could improve the D-rated K-8 school with additional flexibility in hiring, class schedules, and teacher training. The new status will allow McClure to operate independently of most district policies, like the teacher union contract. A board will oversee the school’s management, yet the IPS Commissioners will ultimately hold McClure accountable.

Commissioners voted 4-3, with the majority voicing trust in the IPS administration’s recommendation for the change. Board President Michael O’Connor said the district’s Office of Innovation properly vetted the school.

O’Connor said those who opposed it include some who base their belief on “folklore” that the innovation network status is an effort to create “corporate education.”

Commissioner Kelly Bentley, who voted against the plan, worried about the future of the school's climate.

"It is clear both people on sides of this issue are passionate about it," she said. "It has created some real conflict in the school when we got kids in the school to learn."

A letter against the transition sent to the IPS Board earlier in the week signed by 20 teachers from School 19 said they felt “powerless” and urged the board to vote no.

Eric VanVeelen, a second-grade teacher who said he moved near the Far Southside school for a long career, is planning to leave it because of the transition to innovation.

“It seems as if our new administration wants to tear down the place I hold so dear, in order to build it up,” he told the board before the vote.

Others mentioned a growing division among teachers and staff as the push for innovation became a topic within the school since last year.

But support for the status change came from students, parents, and staff. Some voiced hope that changes to school start times, teaching training, and even cafeteria food, would benefit them.

School 19 teacher Rachel Chambers spoke to the board Thursday and asked for passage.

“One of the primary reasons for support is my desire to receive consistent professional development,” she said.

Since last year Principal McClure pushed to convert the magnet school into an innovation school. The change, he emphasized, would allow for more opportunity to attract funds for teacher training. The school’s academic model is based on action-based learning, which comes from research showing a strong relationship between motor and cognitive processes.

Yet, since the school moved to that model six years ago, McClure says 10 to 14 teachers have left each year. The result, he says is a teaching staff that has not been fully trained in action-based learning.

“We are trying to create a model that can have much more continuity and stability, so we have teacher retention,” McClure, who has been principal for eight months, told the board during Tuesday's meeting. “We want to be able to train nationally we want to be able to have all of the extra development time.”

Friday morning The Mind Trust announced the grant was approved.

But earlier in the week, commissioners questioned whether funding sources besides the one-time grant could be sought. IPS Commissioner Venita Moore said the district should offer its academic supports for student improvements.

In 2011-12 the school earned an A on the state accountability scale. After a string of C ratings, the school was ranked a D last year. The school enrolls 488 students in grades K-8, of which 77 percent qualify for free meals.

“Why would we allow a D school to innovate at this time?” Moore said. “If we are saying, we should be doing additional stuff, then shouldn’t we be able to provide you with additional supports? To help you do what you need to do.”

SUPER School – which stands for “Students Understanding through Powerful and Energetic Routines” – was led by principal Aleicha Ostler until the current academic year. Ostler was picked for the Mind Trust Charter School fellowship with aims to open a new school in Fall 2019 based on the SUPER model.

The innovation status requires teachers to resign from IPS, and the collective bargaining agreement, and be rehired by a new nonprofit that would manage the school. Four district schools have converted to innovation status since 2016.

Tags:Innovation SchoolsIndianapolis Public SchoolsSchool 19
Support independent journalism today. You rely on WFYI to stay informed, and we depend on you to make our work possible. Donate to power our nonprofit reporting today. Give now. 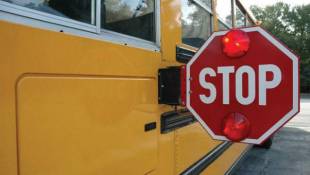 The new start times come after months of sometimes confusing details released to the public about how the district will shift from three tiers of bus routes for all students to two tiers.