Making sense of war is hard to do. When that wasn’t working for expatriate Syrian Soulaf Abas in Terre Haute, she started making art – and making compassionate connections between kids on different sides of the world.

The Arab Spring revolution kindled Abas’ hopes for democratic reform in Syria. But with the rest of the world, she helplessly watched it deepen into a brutal sectarian conflict that has exacted a terrible human toll:

“At some point in the beginning it was clear who was the good – who was the bad," Abas said. "But it definitely got murky – just complicated. And even the people in Syria are now telling you, 'We thought we knew who we were supporting. We don’t anymore. We just want our lives back.'”

Abas first came to Terre Haute nine years ago to finish the fine arts degree she began in Syria. And she was back finishing her master’s when the Syrian civil war broke out in 2011. Homesick and worried about her family in Damascus, she left the comfort and safety of Indiana and headed home into the unknowable.

“It was crazy. I think it’s the most dangerous thing I’ve ever done," Abas said. "I stayed there for two and a-half months. I was seeing – I was hearing – all the bombs all the shelling. All of that . Waking up to it. Going to bed to it. My nieces, my 5-year-old niece and my 8-year-old niece, can tell you what kind of bomb it is from the sound of it. They know that much now and that shouldn’t be the case.”

During her time in Damascus, Abas painted pretty landscapes as a way to escape the horror of what she was seeing. And once back in the U.S., she struggled even more to express her grief – until she got news that her favorite uncle had died.

“My uncle was a Syrian activist. He was in the Syrian prisons for 15 years. He’s a writer, a translator and the most incredible man I know," Abas said.  "He had died of cancer in France and losing him was losing home. That was it for me. So, that day I started painting about Syria. That day it just all came out and haven’t stopped since.”

Abas says she paints and weeps for hours at a time in her Terre Haute studio. Getting the heartbreaking images of Syria on canvas – a parent carrying a limp child, bomb devastated neighborhoods and people embracing in grief.

Early last year she also volunteered at the Ryves Youth Center in Terre Haute, where disadvantaged kids escape rough neighborhoods, drugs, or abusive homes. Abas told them about the plight of Syrians – 6 million displaced by violence with 3 million living in refugee camps in neighboring countries. She wanted the kids to understand that other children around the world also live with difficult circumstances. Wanting to help, the Ryves kids decided to write letters and share artwork with refugee children – as Abas was planning to volunteer at a therapy center in Jordan. She hand delivered the art and letters to the young Syrians last summer.

“A lot of them had just anxiety issues, separation issues, PTSD, they had been raped – just crazy stories you would hear," Abas said. "They would either not talk for a whole month or be a little bit aggressive or you know – it was not easy to be around them. But then I also thought the whole time,  if it is not easy for me I can only imagine how hard it is for them.”

But the Syrian children wanted to write back to their new friends in Terre Haute. And at the Ryves Center recently, Abas presented the kids with copies of “Me and You", the book she created from the letters and artwork exchanged between them. All of the proceeds are going to the families of the 30 Syrian kids in the book to help them get through the harsh winter.

Abas asked the Ryves kids, “Do you know how much money we raised in one week? Take a guess.”

“A little more than that,” Abas said.

“You guys were a part of that,” Abas told them. “Ten thousand dollars were raised and sent to the kids. The kids bought blankets. They bought food. They bought boots and winter coats. Some of the kids are back in school because the can afford books now.”

Nine-year-old Cierra Gaines’ picture in the book is of her home. She reads the response to her letter from a young Syrian boy named Ahmed.

“I like watching TV and my favorite show is …" Abas helps with the word, “Benten”. Gaines continued, “I like soccer and volleyball. I am 7-years old and I love you very much.”

Abas is looking to the Syrian refugee kids for the future of her homeland.

“What gives me hope the most is none of these kids in the book or any of the kids I had worked with said 'if' we go back to Syria," Abas said."Every single one of the kids said 'when.' When we go back, we’re going to plant the garden. When we go back…made a world of difference to me.”

And Soulaf Abas, through art and deed, is making a difference too. 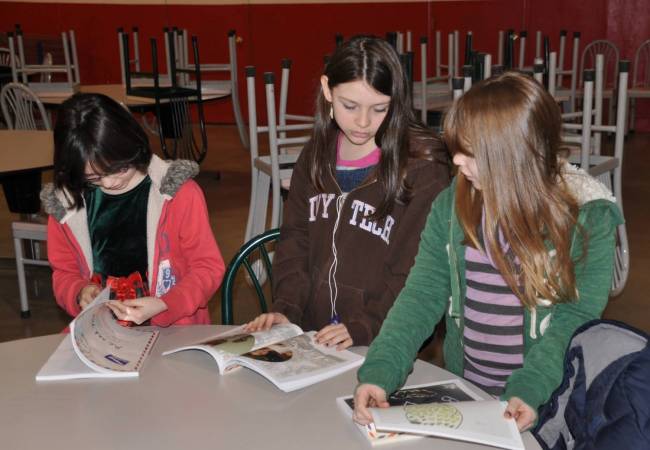 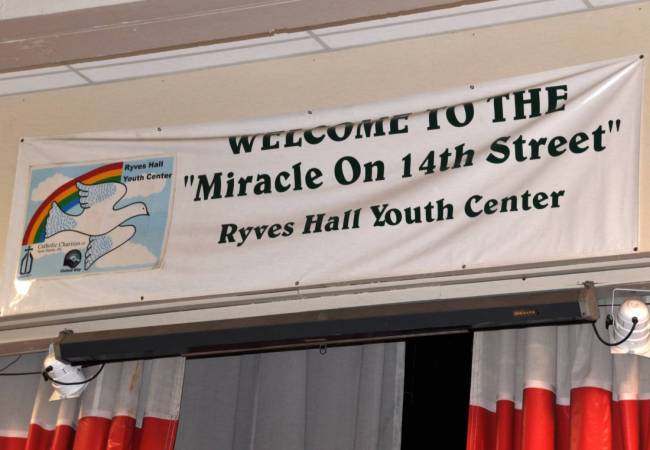 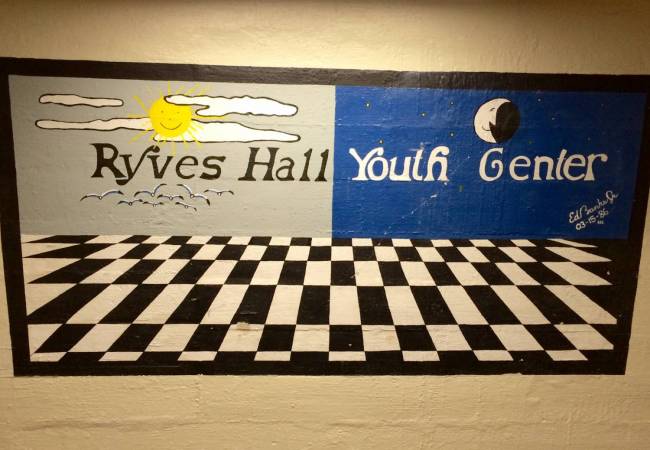 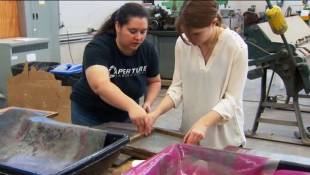 Veterans and members of the community recently gathered at Herron School of Art and Design for Combat Paper workshops. One of the veteran participants, Shanna Reis, appreciates using something old to make something new. 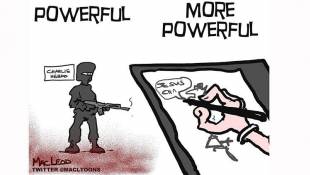 James MacLeod's image, drawn shortly after news of the attack on Charlie Hebdo's offices, went viral as cartoonists all over the world took pens to paper.