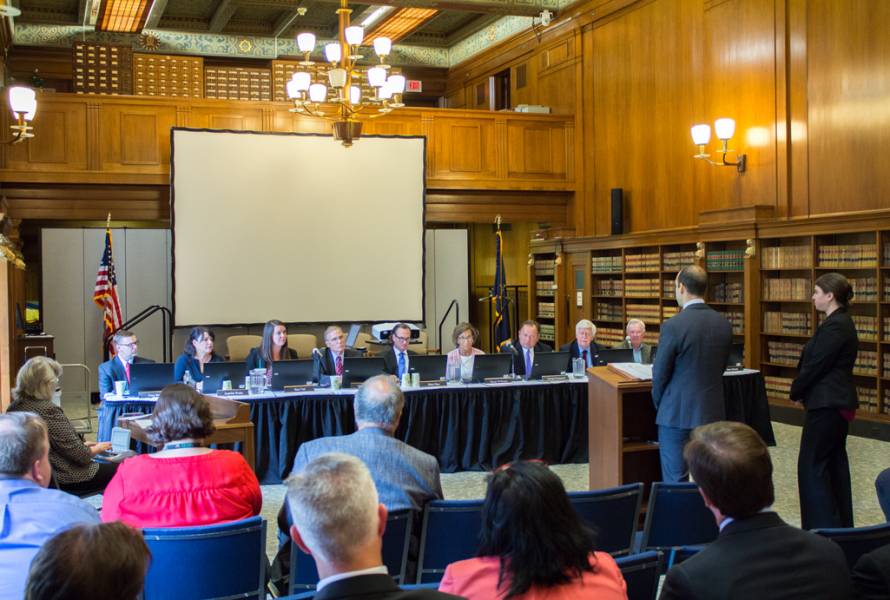 Under new regulations, paid fantasy sports companies have to pay a $50,000 initial licensing fee, and a $5,000 annual fee after that. (Photo by Drew Daudelin)

The approved companies represent only a small percentage of websites offering the service.

The commission approved licenses for DraftKings, FanDuel and FantasyDraft. That means those websites can legally provide their paid fantasy sports service to people in Indiana.

Gaming Commission Executive Director Sara Gonso Tait says 13 other companies sent letters of intent. 12 didn’t apply and one other only applied this week. The deadline is July 1.

“I should note that we have been communicating with these parties for quite some time, that information has been posted on our website," Tait says. "So every party should have plenty of notice that they should cease operations in Indiana effective July 1.”

Commission members say their role will remain as a regulator, so any illegal activity would need to be addressed by prosecutors.

Under the new regulations, paid fantasy sports companies have to pay a $50,000 initial licensing fee, and a $5,000 annual fee after that.

Some smaller companies objected to what they viewed as those unaffordable fees while the regulation bill moved through the legislature.

Tags:Indiana Gaming Commissionpaid fantasy sportslicenseregulations
At WFYI, our goal is to cover stories that matter to you. Our reporting is rooted in facts. It considers all perspectives and is available to everyone. We don't have paywalls, but we do need support. So if unbiased, trusted journalism is important to you, please join us. Donate now.

The state appeals court has ordered northern Indiana's Miami County to pay the city of Peru $104,000 for a water line county workers damaged while clearing a logjam from the Wabash River.
Read More

Despite the encouraging sign, the labor force -- defined as the number of people working, or looking for work -- shrunk significantly.
Read More