A State Board of Education member is hoping to shorten future ISTEP tests by eliminating unnecessary sections she says were included in contract bids by the Indiana Department of Education.

State board member Sarah O’Brien Wednesday released a plan she hopes the state board will adopt on April 1 to eliminate planned science and social studies practice tests for younger students, a new college readiness exam and additional reading sections, among other changes. She said those elements of the state’s plan for future tests are among the factors causing a longer test than students are used to.

State Superintendent Glenda Ritz’s spokesman did not immediately respond to a request for comment about the proposal.

Last week, state board members complained about the potential cost of contracts awarded to testing companies to develop and administer future state exams. Indiana has proposed spending nearly $134 million over the next two years to create required state tests and practice exams. Ritz called the potential cost of the new tests “astronomical” last week when the contract awards were announced.

Earlier this year, educators across the state were outraged to learn this year’s ISTEP would take up to twice as much time for students to complete compared with last year. Indiana lawmakers and Gov. Mike Pence stepped in days before the test was set to start pass a bill making exceptions to state law that allowed the education department to shave off about three hours from the test.

“I share the concern of teachers and parents about the amount of testing being forced on our children, especially following the surprise doubling of the ISTEP test this year,” said O’Brien, who is also a first-grade teacher. “The Department of Education has initiated many new tests and extra sections that go beyond what is required. My resolution would prohibit the state from finalizing a contract for those new tests.”

O’Brien’s plan would remove sections of state tests that an analysis by state board staff found exceeded state or federal requirements. It also would require the department and test companies to try out future test questions as well as reuse previous questions from prior exams. The goal of that change is to address a problem faced this year when the original test included a large number of questions that did not count because they were only being tried out for inclusion on future tests.

O’Brien’s plan would eliminate practice tests in science and social studies for kindergarten, first and second grades and practice tests for ninth and 10th grade students in social studies. The plan also would block inclusion of any additional reading questions that could be used to establish a student’s numerical reading level.

An overhaul ISTEP might be scuttled altogether if state lawmakers decide this session to scrap ISTEP in favor of a national “off-the-shelf” test. Senate Bill 566, designed to do just that, passed the Senate 46-3 last month and is still waiting to be considered by the House. However, the bill would not take effect until 2016-17, meaning the state could have to deal with a more expensive test for next year.

House Education Committee Chairman Rep. Bob Behning, R-Indianapolis, said this week that he doesn’t believe it’s the legislature’s job to pick which test to use.

“It’s a bit of a problem for the legislature to pick the test vendor,” Behning said. “That’s not our role.”

South Madison Community School Corp. was sued Wednesday by the American Civil Liberties Union after a group that supports LGBT students said it has been barred from promoting its meetings.
Read More 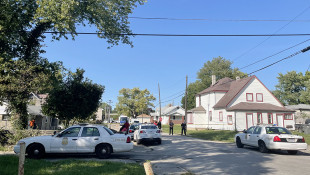 Four officers shot and killed a woman on the near northside of Indianapolis Friday afternoon, police say. 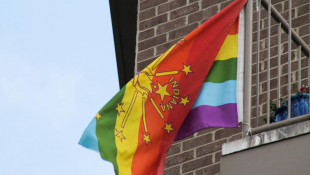 The newly filed suit claims the Gay-Straight Alliance club at Pendleton Heights High School has been prevented from advertising on the school's radio station and bulletin boards. Court documents also say the school principal has prevented the club from fundraising on school property.

The Indiana House dismissed an attempt by one lawmaker this week to ban any COVID-19 vaccine mandates in the state. But that likely won’t be the last time this issue comes up in the General Assembly.