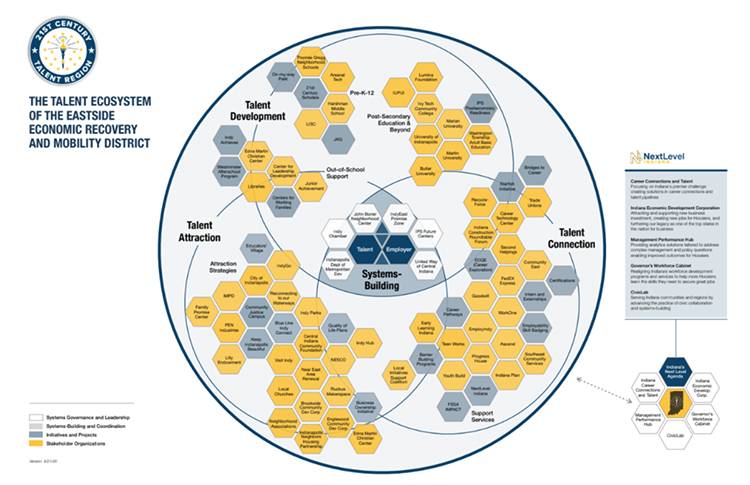 The Indiana Office of Career Connections and Talent designated Indianapolis's east side as the state’s latest 21st century talent region – a recognition awarded when several local agencies commit to work together to attract and develop skilled workers in the region.

Dozens of organizations are banding together under the title of “Eastside Economic Recovery and Mobility District.” It encompasses several low-income neighborhoods that have previously been designated “promise” or “opportunity” zones by federal and local authorities.

James Taylor is the CEO of John Boner Neighborhood Centers. He says it will act as the lead organizer in coordinating the workforce development efforts required to be named a talent region.

“It’s very empowering to see residents come together and help support the creation of the vision that feeds into this designation,” he says.

The newly-formed district is measuring its success by increasing the population, post-secondary education and median income by 2025. It’s the sixth talent region named by the state.

Tags:21st Century Talent RegionIndianapolisIndiana Office of Career Connections and Talent
Support independent journalism today. You rely on WFYI to stay informed, and we depend on you to make our work possible. Donate to power our nonprofit reporting today. Give now.